U.S. President Donald Trump has sacked two key witnesses in the impeachment investigation against him, as he started an apparent campaign of revenge just two days after he was acquitted by the Senate.

“The most powerful man in the world – buoyed by the silent, the pliable, and the complicit – has decided to exact revenge,” Vindman’s attorney David Pressman said in a statement, adding his client was “escorted” from the White House.

It was a shocking move by Trump to clear his administration of people who have testified in the impeachment probe, which investigated Trump’s attempt to pressure Ukraine to pursue investigations that could help his 2020 re-election offer.

Sondland – a political appointee who donated 1 million dollars to the Trump’s presidential campaign – testified publicly that he believed there was a quid pro quo in Trump’s demand that Kiev pursue probes..

“I was advised today that the president intends to recall me effective immediately as United States Ambassador to the European Union,” Sondland said in a statement, reported by multiple U.S. media outlets.

“Our work here has been the highlight of my career,” he added.

Ukraine expert Vindman – who worked on National Security Council – was one of a number of Trump administration officials that listened in on a July 25 call where Trump asked Ukrainian President Volodomyr Zelensky to do a “favour” and investigate his political rival.

“It was inappropriate, it was improper for the president to demand an investigation into a political opponent, especially a foreign power,” Vindman said during his testimony.

Earlier on Friday Trump – who was acquitted this week on all impeachment charges – indicated that Vindman would be removed.

“You think I’m supposed to be happy with him? I’m not,” Trump said.

According to  many U.S. media reports, Vindman will be reassigned to a position in the Defense Department. 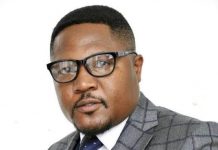 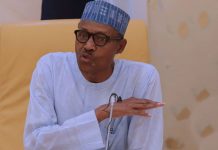 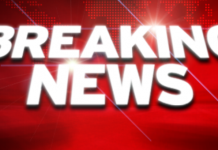 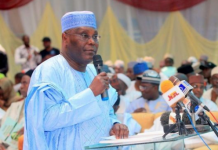 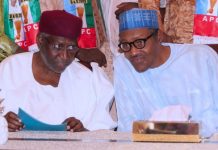 President Buhari sacks “no where to be found”, positive coronavirus Abba Kyari