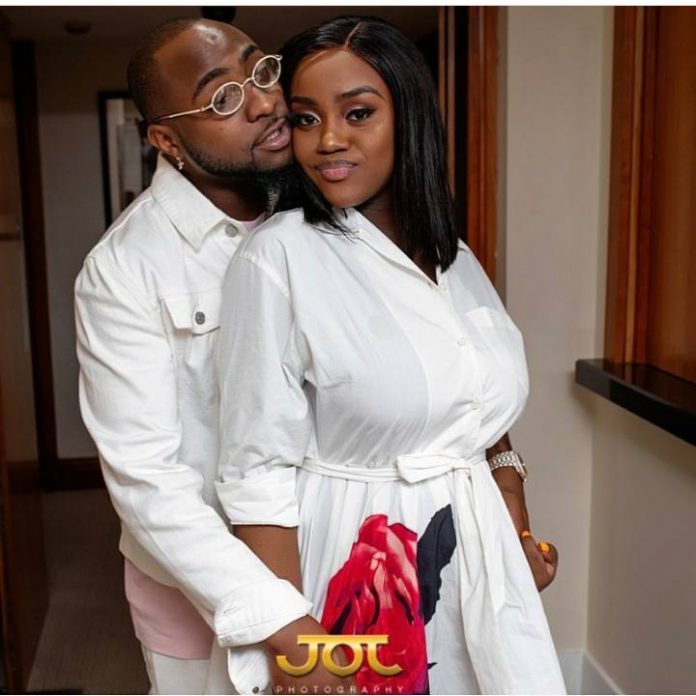 Chioma has establish the record straight after a troll blasted her for referring to Davido as her “husband”.

The mom of one shared a video celebrating Davido whose album has gone platinum.

Chioma had called Davido her husband, only to be reminded that she is just the mother of his child as the couple have not gone beyond the introduction stage.

She still replied the troll even when Davido replied “Iyawo mi”

“So proud of my husband. Congrats baby, ” Chioma captioned the video.

But an Instagram troll left a comment, saying: “They never marry you oo, na only introduction you do babe.”

And Chioma slammed back, saying: “I said wtf I said! MY HUSBAND!” 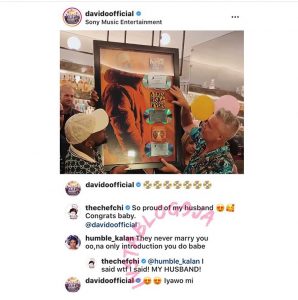 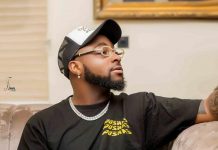 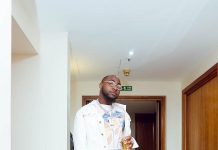 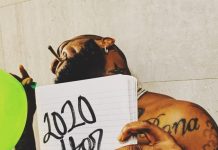