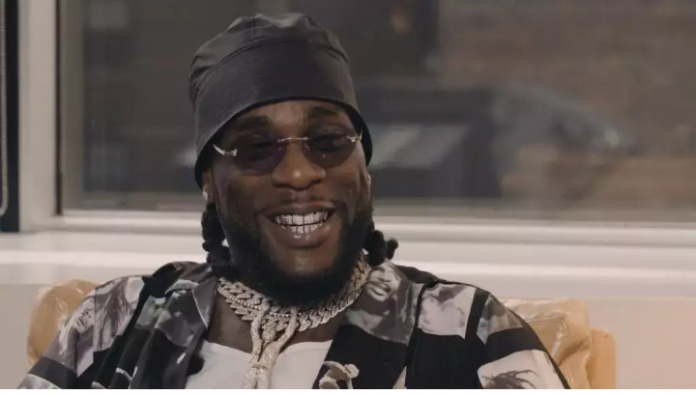 Popular Afrobeat musician, Burna Boy has stirred reactions online from Nigerians following his statement making boast about being the best in Nigeria.

The musician seems to have offended many with his statement as some Nigerians saw his comments as being proud.

Burna on Wednesday night described himself as the ‘best in Nigeria since Fela Anikulapo-Kuti’.

Burna on his Twitter page wrote: “I always knew I am THE BEST. Everyone you think is the best knows I’m the best since Fela Kuti.

“But Timaya told me something a long time ago that made me not care about being the best. “The World can do without the Best” the world will still spin regardless.

“That’s why complements mean nothing to me because hate, Jealousy are sugar coated by them.

He noted that nobody in the industry paved the way for him to where he is right now like fans think, further said that he brought respect to Nigeria.

“NOBODY paved shit for me. Everybody dey find them own. I have been out here if you knew the way they made us look weak by begging and paying the western world to like us you will see that no table was set and I’m the one that brought you the Respect you currently enjoy.”

His comment has since caused much controversial reactions from Nigerians on social media.

@Skeply1586 “There is nothing you’ve done that no Nigeria artist has done. You brought nothing here, you are just part of the people that pushed afrobeat to the world

“So you did not set any table a lot of artist have already set it before you started getting ur fame last 2 years!!

@Jezzyjoseph “Where were you since 2010-2018? I mean where were you when Afrobeat was struggling to hit the mainstream? The BEST paved the way for you. You came In when the table has already been set and here you’re claiming the BEST since Fela.”

@Oga.Bobby “I wonder what would have happened if you won the Grammy. Pride comes before a fall Burna, you’re good but someone’s way ahead of you and he’s not even bragging. Be humble Dami.”

@Saintdop3 “Burna is actually saying the truth though, where was y’all when Headies gave someone who isn’t as good as Burna Boy as Next Rated 2013, nobody paved way for anybody everybody dey do him own for this our industry.”

@Ladtube “If you’ve never been outside of Nigeria please don’t comment on the “respect” part because Burna is damn right.”

@Beezidominik “The best doesn’t say he’s the best. Check all Fela’s documentaries he never said he was the best. Reasons why I prefer 2face.”

Burna Boy at the news again