The trial of Omoyele Sowore, and his co-defendant, Olawale Bakare, on amended charges of treasonable felony, was again stopped today, Thursday at the Federal High Court in Abuja.

The defendants were rearraigned today but could not proceed to trial as fixed on the basis that the prosecution had yet to serve the defence copies of the electronic video CDs it intended to rely on.

The judge, Justice Ijeoma Ojukwu, who noted that she had long given the order for the service of the materials on the defendants, however, agreed to the prosecution’s request for two weeks to put together the materials and have them served to the defence.

The prosecuting counsel from the office of the Attorney-General of the Federation, Aminu Alilu, while responding to the request for the VCDs by defence counsel, Mr Abdul Mahmud, said the AGF which newly took over the case from the Department of State Service, was not aware of the court’s order for the service of the materials on the defence.

He assured the court that the prosecution was much ready for the case and would present its witnesses within four days. 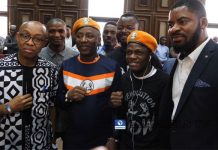 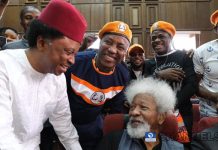 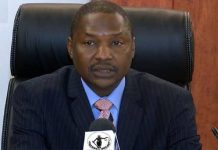 Just In: DSS releases Omoyele Sowore, Sambo Dansuki, how it all happened