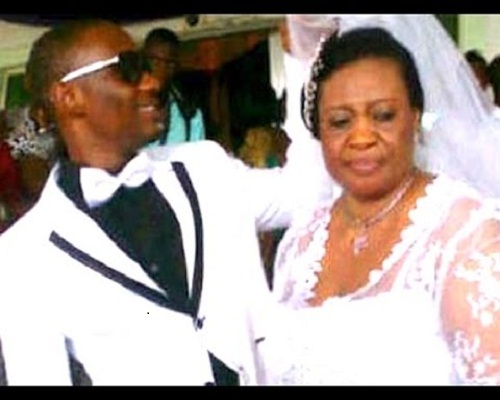 Many were shocked as 47-year-old mother  from Malawi married her biological son in a white wedding.

According to report, the news about their marriage has caused disgust amongst people in Malawi and beyond.

In a publication in one of the Malawian newspapers, the woman, Memory Njemani disclosed that she married her 30-year-old son because she has invested a lot in his education.

She said, it’s her investment so another woman cannot reap where she did not sow.

Her opinion, “I invested a lot of money in the education of my son. Why should another woman be married to him and enjoy my hard work I invested in him? That will not happen. I’m marrying my son so that we don’t empower other women who have been aborting.”

However, people have accused the mother of bewitching her son into marrying her because no man in his right senses will do such nonsense.