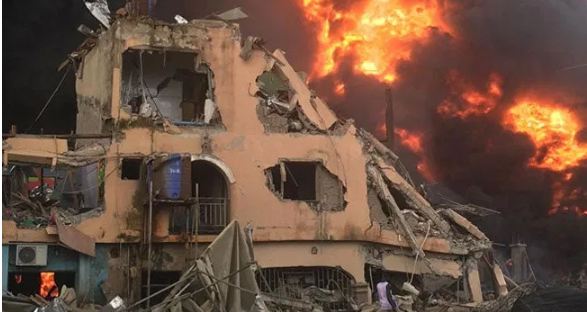 Lagos explosion which happened at Abule Ado was a bomb attack by Miyetti Allah, an activist has said.

Onyxnewsng reports that the leader of the Indigenous People of Biafra (IPOB), Nnamdi Kanu said this in a post on the micro-blogging site, Twitter.

Onyxnewsng reports that parts of Abule ado in Amuwo-Odofin local government area, along Badagry/Mile 2 Expressway, Lagos, were affected by pipeline explosion. Many died in the explosion and left several injured. properties worth billions of Naira were also damaged. School children were seen running off from the explosion which occurred at 8:50am on Sunday.

Ceiling of a popular hospital close to the explosion site was damaged, injured individuals from the explosion troop into the health facility for treatment.

Confirming Kanu’s tweet, Chief Jimoh Adegbeji, the Baale of Soba town, the community where an explosion occurred last Sunday in Lagos and also a member of the committee set up on the incident, in an interview with Sunday Vanguard, said what happened in Abule Ado was a bomb attack.

Asked how he received the information, the Baale said: “I didn’t receive any news, I was an eye witness. When I heard the bomb explosion, everybody ran out.”

On why he described the explosion at Abule Ado as a bomb explosion, he said: “Yes, it was a bomb explosion because the sound was so loud that even those in Badagry heard it. It was only one explosion but the level of damages was unimaginable. If it was more than one, the whole of Amowu Odofin would have been brought down.”

“For now, officials are saying 20 persons, but I believe they are more than that. We are yet to confirm and we still have casualties in hospitals,” the Baale said, when speaking on the casualties of the bad incident. 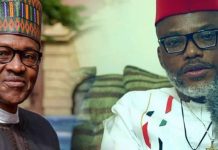 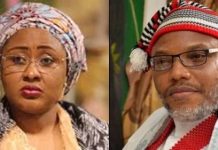 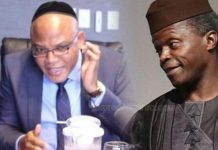 Nnamdi Kanu issues Buhari one condition to give up Biafra agitation 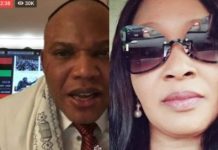 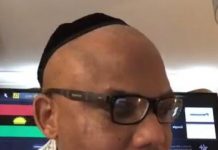