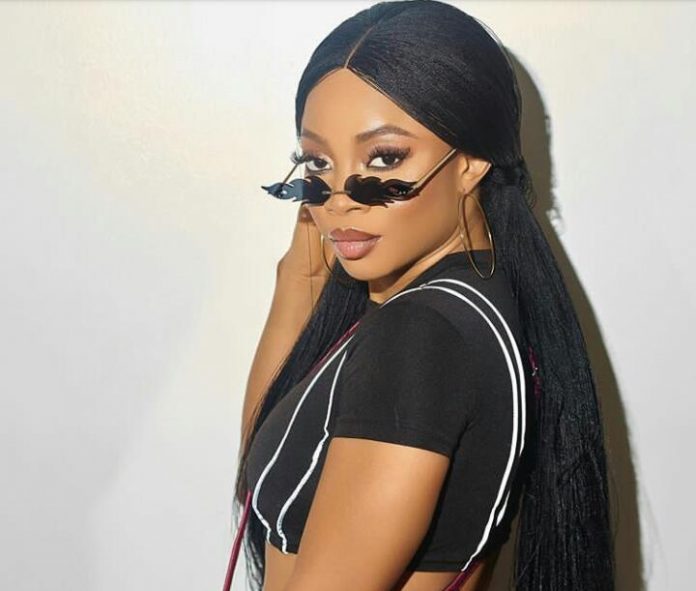 Toke Makinwa has suggested that China should be fined for the health crisis the world is going through following the outbreak of coronavirus which was first detected in Wuhan, China, months ago before spreading to more than 100 other countries.

The media personality said she is “low key mad at China” and added that they should “stop eating certain animals”.

She wrote: “Not to even lie i am low key mad at china, the whole world should fine them when all of this is over, the whole world is paying dearly for it. Stop eating certain animals #Sigh.”

Toke further said, she felt , that Africa would have experienced stronger sanctions if the virus had come from the continent and it would have been curtailed faster.

Meanwhile, Onyxnewsng reported that the world is still battling with deadly conoravirus pandemic, another disease surfaces from China.

The discovered disease which has reportedly killed a man in China surfaces, it’s called “Hantavirus.”

Hantavirus is contracted when a person comes into contact with rodents that carry the virus.

However, it’s been reported that Hantavirus is not a new virus and is not airborne, unlike coronavirus.

“Rodent infestation in and around the home remains the primary risk for hantavirus exposure. Even healthy individuals are at risk for HPS infection if exposed to the virus,”Centre for Disease Control and Prevention said.

Although HPS can’t be passed on from individual to another, it can be contracted if someone touches their eyes, nose or mouthafter touching rodent droppings, urine, or nesting materials, states Centers for Disease Control and Prevention fact sheet.

Among the early symptoms of the virus include fever, headache, muscle ache, abdominal pain, dizziness, chills and abdominal problems, such as nausea, vomiting, diarrhoea. About half of all HPS patients experience these symptoms.

Later symptoms include lungs fill with fluid and shortness of breath.