Onyxnews Nigeria reports that fire has gutted the office of the Nigeria Accountant General of the Federation in the Federal Capital Territory, Abuja.

This reliable online news platform gathered that amid the COVID-19 lock down in the country, the fire started from around the third floor, burning the country’s Treasury House upwards including the Accountant General’s office and most of the important offices.

However, even as workers are currently at home observing, a combination of men of the Federal and FCT Fire Services, as well as other security personnel, have to a large extent contain the fire.

Meanwhile, Minister of State for Budget and National Planning, Prince Clem Agba had given updates about the fire incident on Wednesday at the office of the Accountant General of the Federation (AGF), Abuja

The minister revealed that although no data was lost during the fire incident at the office of the Accountant General of the Federation (AGF), a few documents got burnt.

He also explained that the fire incident was caused by air conditioner. He had said an officer went  into the office in the early hours yesterday morning and put on the air conditioner, which created a spark before the fire.

He said this while giving updates to reporters about the fire incident which affected the Treasury House.

His words: “Just few minutes ago while we were at the National Assembly with the minister For Finance, Budget and national Planning and our other colleagues briefing the national assembly on our proposal for the supplementary budget, we got a call that this building was on fire.

“I had to quickly leave so I could get first hand information on what is going on. I am glad to report to you that when I got here, the fire had been out from a combination of the fire service from Central Bank of Nigeria, FCT Fire Service, Julius Berger and also the Ministry. All these efforts were led by the Federal fire service

“I have been briefed that the fire started around 10:00am in the morning from the 4the floor. An officer came to the office this morning and put on the air conditioner, there was a spark. He put it off but it was still smoldering so he had to go out to get some help.

“The federal fire service were called around 10:10am and they responded within 4 minutes with 3 fire trucks. However there was a little bit of difficulty in getting inside because they thought that they should fight the fire both from outside and then inside. They eventually broke inside to fight the fire and when they saw the extent of it, they called for help and all together, 25 fire trucks were used to fight the fire. It took 35 minutes for the fire to be put under control.

“We have gone round the rooms where the fire affected and we are had to report to you that our data centre where our records are kept are fully intact. There is no disruption so we haven’t lost any record.”

He however stressed that the data centre was currently down because the cooling system which works with the centre was affected by the fire.

“I also should remind you that for a while now, we have really gone digital. Yes, we have some documents that are kept manually but a lot what we do is online and even if the centre were affected, we have a backup centre that is outside Abuja in the event that we lose the data centre.

“The only thing that has happened to the data center is the exterior which is the cooling unit of the bank.

Agba said the fire incident will be investigated to ascertain its causes.

“Our records are intact, a few documents are burnt but we have not started recovery to check what is burnt or not burnt but all our financial transactions are intact. We will be doing a full scale investigation. using the right professionals just to determine exactly what happened.

“What I am telling you now is what I have been told so the professionals will be able to tell you whether it was from the air conditioner or if it was induced,” he added. 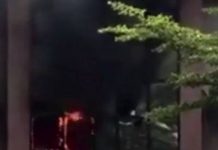 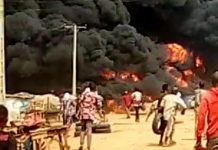 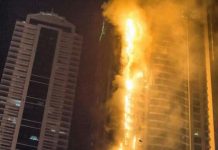 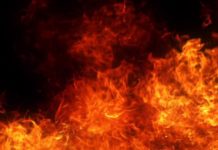 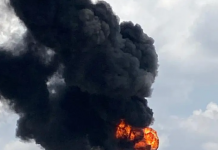 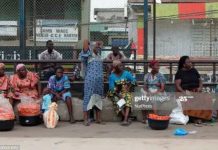