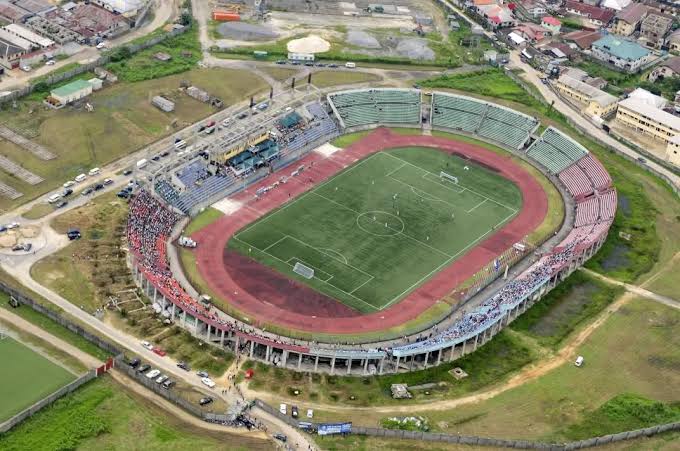 Speaking after the Blaugrana Sports Group International weekly strategic meeting, Oghomienor, who lamented ‘the shameful way such departed heroes as Okwaraji, Rashidi Yekini, Stephen Keshi and a host of others have been treated by the country,’ said the country would reap bountifully from other patriotic athletes if it behaves as a caring nation.

The sports promoter, who thanked Delta State government for naming the Asaba Stadium after Stephen Keshi, appealed to Sports Minister, Sunday Dare, to urge the Federal Government to immortalize Okwaraji by putting his name on the Lagos Stadium, where he died on national duty.

He praised Dare for reaching out to the mother of Sam Okwaraji, whom he described as a very selfless and committed patriot, saying the minister’s gestures would tell serving athletes that the country would always reward them for their efforts.

Oghomienor has advised that the raging COVID-19 pandemic that has made it impossible for athletes all over the world to access sports arenas for training and competition should not stop sportsmen from practicing their duties.

In Nigeria, all the stadiums and other sports venues have either been locked up or now serve as isolation centres for coronavirus patients, just as all the national competitions have been postponed or cancelled outright.

But Oghomienor believes the situation should push athletes to find ways of maintaining their fitness pending when the lockdown would be lifted.

He also advised athletes to see every available space as a good ground for training, adding that the world is daily devising ways of maintaining its way of life.

Speaking about some countries’ preparation to resume football events, Oghomienor said, “it is quite certain that the clubs and countries involved, aside abiding with the guidelines of WHO and FIFA, must have put tested plans, competent medical teams, with the necessary equipment, and sustainable structures on ground to give them the boldness and courage to want to continue in their trade.
“This, to me, is like breathing, the absence of which there is no life.

“Even in real war situations, we have seen and read about instances where a sport event like football is organised between the warring parties,” he explained.

He urged athletes to understand that sports is not all about competing in the Olympics or the Would Cup.