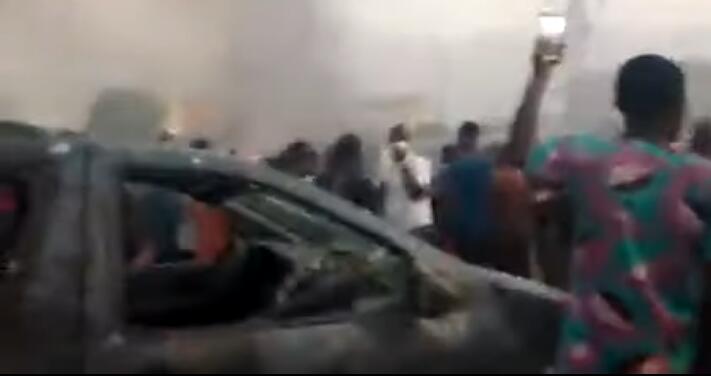 Cooking Gas explosion has reportedly killed many persons in Lagos.

Many including children were killed in the cooking gas explosion which occurred at Afariogun in Ajao Estate, Isolo area of Lagos State on Tuesday.

The explosion was said to have started in a gas shop.

In a video obtained by Onyxnews Nigeria shows that cars were burnt and other properties destroyed in the explosion.

However, an eyewitness said, the police arrived at the scene of the incident while efforts were ongoing to extinguish the fire which the explosion caused.

Meanwhile, the number of persons killed by the gas explosion were yet to be known as at the time of filing this report.

Watch video of the explosion below…