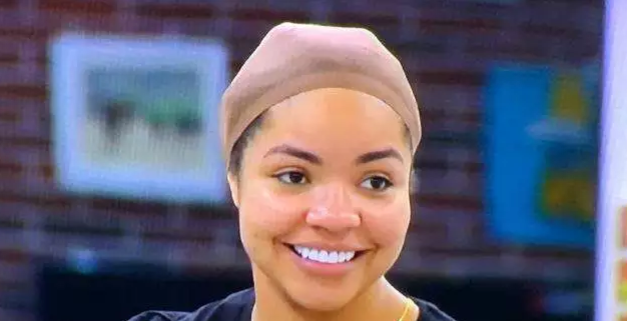 Big Brother Naija housemate, Nengi is at it again, this time, it is not Ozo, but it involves she and Kiddwaya.

Kiddwaya this time happens to find himself in a love triangle as he is being drawn into by Nengi.

As most people already know, Nengi has claimed she wouldn’t return Ozo’s proclaimed emotions and she has also confirmed that Ozo is not her type of man. Reason being that Ozo happens to be a lot too gentle and caring for her, also, she sees Ozo as a very fragile man.

Erica’s disqualification opened up the space for Kiddwaya to be dragged by Nengi into her love triangle with Ozo.

It was then that Nengi dissed Ozo about not being her type of man, days later, Nengi started complaining about Ozo encroaching too much in her space. This may be true though but there is a room for doubt because she never said something like that or close to that for the past 5 weeks they’ve been together with Erica’s present.

In the last few days Nengi has been trying too hard to attach herself with Kidd and break herself away from Ozo in every way possible.

Today, it is safe to say that Nengi stalked Kiddwaya all through the day. She was literally with him all through the time he cooked lunch even though Ozo got fined trying to ensure she settles her issue with Vee.

Later that night, the housemates were fortunate to have the jacuzzi functioning.

Prince, Dorathy, Laycon and Trikytee were the first housemates to get in. Nengi came into the garden but hesitated before going in. At that point, she was technically waiting for Kiddwaya and immediately kid got in, he followed suite. Even Ozo was shocked to see her in the water without him.

Nengi didn’t stop there, she kept on making so many gestures to Kidd, such as calling his name, splashing water on him and many more.

However, Kidd never fell for any of it because she was completely ignored all through in the jacuzzi. That’s a sign of respect there from Kidd.