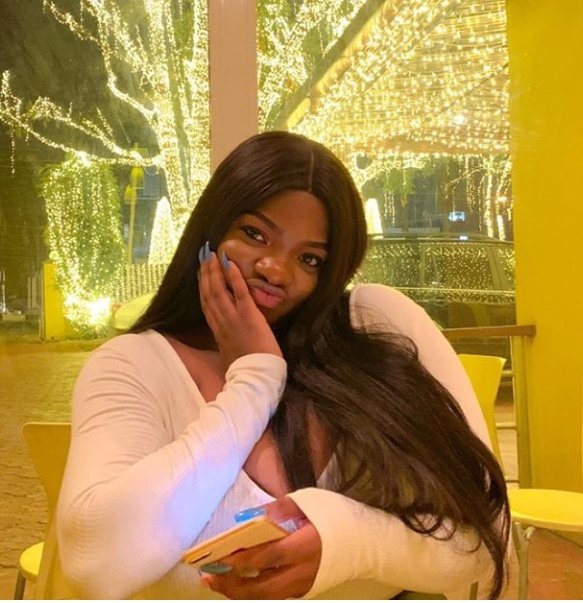 Many Big Brother Naija viewers see a Housemate as a fake person when they are not showing them their real behavior on national television because they know that cameras are everywhere and they are being watched.

Some of the housemates have been accused of being fake in this aspect.

Like Nengi, Prince, Trikkytee, Neo and Dorathy have been accused of being fake with their emotions in the house. Viewers have further accused them of acting for the camera and playing too safe because viewers are watching.

What did the viewers catch Dorathy doing? (Photo)

The viewers took a picture of Dorathy in the box room, sitting on the floor and what got them talking was the fact that Dorathy was looking directly at the camera in the room.

Many viewers found this as a good reason to describe Dora as a fake girl who is always watching the camera.