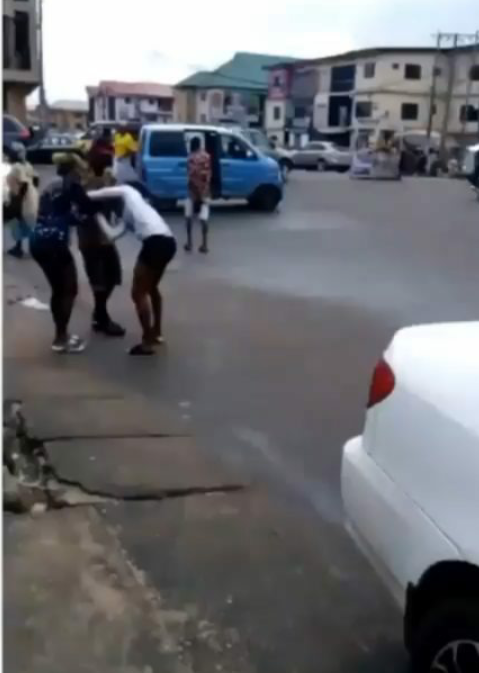 A lady ran mad after alighting from an alleged yahoo boy’s Benz.

OnyxNews Nigeria reports that a young lady suddenly began acting strange, what many believe to be madness after she alighted from a man’s car.

Looking at the time of the occurrence, many have concluded that she was used for money ritual sacrifice, as Christmas draws closer and those that belong to such fraternity ought to do sacrifices.

Eye-witnesses said she ran mad, immediately she alighted from the luxurious car.

Friends and families to her were called upon and as seen in the video, they were trying to force her to enter a car.

Lady runs mad after alighting from Benz, watch the video below…