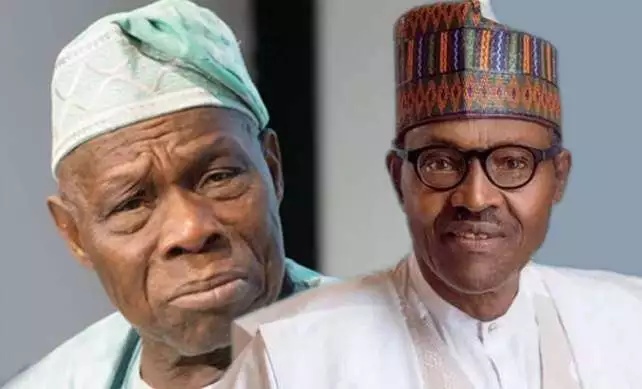 In the statement titled “The Way Out: A Clarion Call for Coalition for Nigeria Movement” former president Olusegun Obasanjo pointed out major failings of the Buhari administration, particularly in the area of economic prosperity. He said the president has performed below the expectations of Nigerians and asked him to take a backseat and help the nation from the sidelines while someone else takes over.

Obasanjo said; “President Buhari needs a dignified and honorable dismount from the horse. He needs to have time to reflect, refurbish physically and recoup. I only appeal to Buhari to consider a deserved rest at this point in time and at this age. I continue to wish him robust health to enjoy his retirement from active public service.  President Buhari does not necessarily need to heed to my advice. But whether or not he heeds to it, Nigeria needs to move on and move forward.”

Obasanjo also faulted the president for appearing to exhibit nepotic interest, and also stated that Buhari administration is quack and known for not taking responsibility for issues. He stated that there are three other areas where President Buhari has come out more glaringly than most of us thought we knew about him. One is nepotic deployment bordering on clannishness and inability to bring discipline to bear on errant members of his nepotic court. This has grave consequences on performance of his government to the detriment of the nation.

Obasanjo further revealed that, in Buhari government it appears that national interest was being sacrificed on the altar of nepotic interest. He thereby described Buhari government as incompetent. He stated that corrupt cases are buried, ignored or covered up and yet corruption glares right in front of the media and the public.

He also stated that Buhari has poor understanding of the dynamics of internal politics and that his ignorant on political matter is making the nation more divided and inequality has widened and become more pronounced. He further reveals that this act has an effect on the ground of national security.

He further disclosed that Buhari instead of working to make the economy stable, he is blaming the Governor of the Central Bank for devaluation of the naira by 70% and also blaming past governments for it. Obasanjo further reveal that Buhari is someone who is not willing of accepting his own responsibility.

In Obasanjo’s words; “Let nobody deceive us, economy feeds on politics and because our politics is depressing, our economy is even more depressing today. If things were good, President Buhari would not need to come in and contest for an election. He was voted to fix things that were bad and not engage in the blame game.”