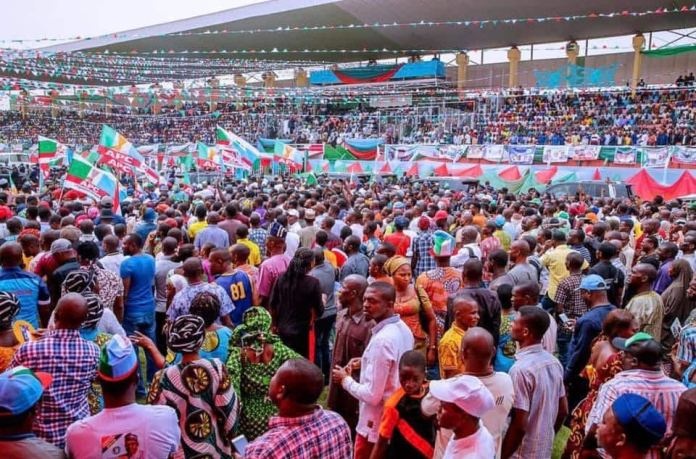 Onyxnews Nigeria quotes The Nations reporting that twenty thousand (20,000) members of the All Progressives Congress (APC) in Kwara state have reportedly renounced their membership from the party.

He said that the party members decided to exit the Kwara APC following the lingering crisis in the party.

AbdulRaman stated that the members of APC who left the party comprised of local government party chairmen, women and youth leaders, ward chairmen as well as APC stalwarts across all the 16 local government areas in the state.

The politician alleged that the just concluded APC membership registration and revalidation in the state was a grand design to disenfranchise many members.

He said: “A grand design that denied majority of party members the opportunity to register and revalidate their membership across the state is a 2023 permutation agenda. We can never cross our fingers and watch the game from the sideline.”

AbdulRaman also accused the Kwara state governor of trying to impose his candidates in all elective positions within the party.

Meanwhile, Onyxnews Nigeria governors on Wednesday, June 17, passed a vote of confidence on the leadership of Mai Mala Buni, the chairman of the Caretaker/Extraordinary Convention Planning Committee (CECPC).

The governors, led by Abubakar Atiku Bagudu of Kebbi, also hailed Buni’s committee members for their laudable efforts in rebuilding the ruling party.

According to the Progressive Governors Forum, the decision was made to inspire the interim leadership to continue in its drive to reshape and take the APC to a better position.