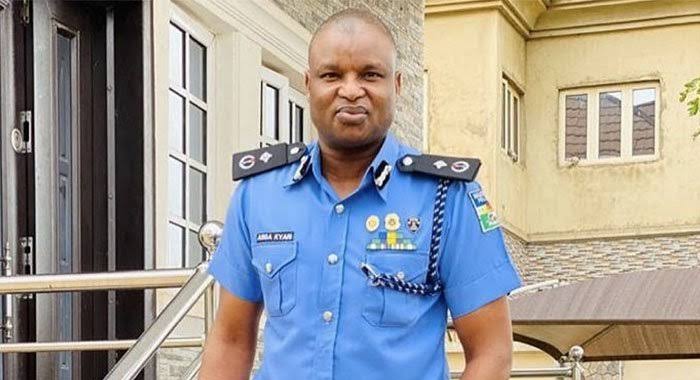 Onyxnewsng gathered that the supended former Head of the Intelligence Response Team, DCP, Abba Kyari has on Thursday resumed on Social media amid police probe of his alleged involvement in a $1.1m internet scam reportedly carried out by an Instagram influencer, Abbas Ramon, popularly known as Hushpuppi and four others.

He resumed on social media after a three-week self-imposed break.

However, the Borno State indigene took to his verified Facebook page with over 450,000 followers, shared a 21-second hilarious TikTok video posted by one Sanda Tobacco wherein a cart pusher was videoed displaying some roller skating skills while the videographer laughingly said the cart pusher “is very crazy wallahi!”.

Screenshot of the TikTok video shared by Abba Kyari on Facebook.

Federal Bureau of Investigation Special Agent, Andrew Innocenti, in a document titled, ‘Criminal Complaint By Telephone Or Other Reliable Electronic Means’ filed before the United States District Court for the Central District of California, had alleged that Hushpuppi contracted the services of Kyari after a “co-conspirator,” Chibuzo Vincent allegedly threatened to expose the alleged $1.1m fraud committed against a Qatari businessman.

Innocenti, who said he ransacked the voice calls and WhatsApp conversations between Kyari and Hushpuppi, had also alleged that the latter paid the police officer N8m or $20,600 for the arrest and detention of Vincent.

Kyari had taken to Facebook on July 29, 2021, to chronicle his denial against the allegations but he later deleted the post after series of editing.

Shocking, many Nigerians had called for stern sanctions against Kyari for his alleged complicity with a self-confessed fraudster like Hushpuppi.

But it was gathered that the Egbunike panel was too lenient with Kyari due to past relationship.

The development could have been responsible for the Police Service Commission’s recent announcement that it had set up an in-house panel to study documents related to the indictment of Kyari by the FBI.

The commission stated that it had the final say on the investigation of Kyari, adding that it was not bound to accept the recommendations of the Special Investigation Panel set up by the IGP to probe the DCP’s indictment by the FBI.

The Commissioner in charge of Media in the PSC, Austin Braimoh, had said, “We are awaiting the report from the IG which is constitutional as well.

The in-house panel is also working, starting from the department to the standing committee.

“We assure Nigerians that justice will be done and there is no way anyone will teleguide the commission.

“If there is a need for the FBI report, we will request for it; if it requires sending someone to the United States, we will send people there without prejudice to what the IG panel has recommended.