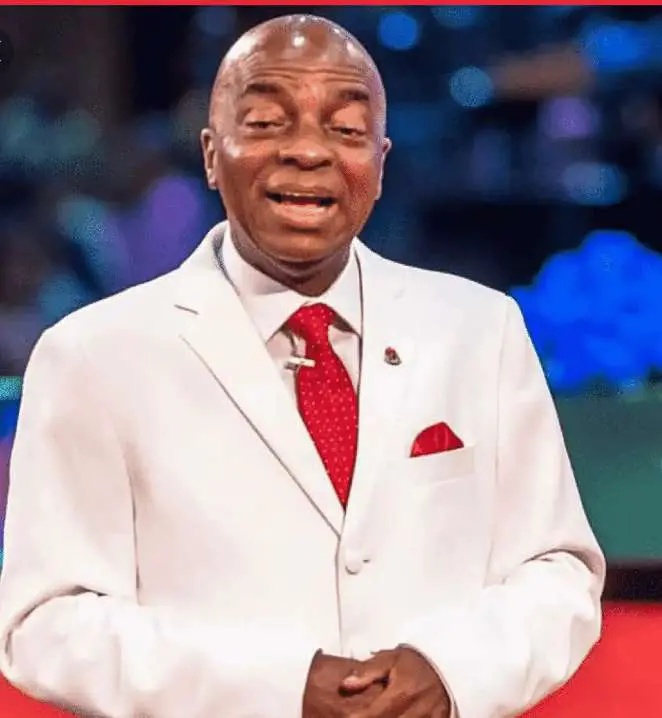 Bishop Oyedepo has declared judgement for bandits, terrorists in Nigeria.

Onyxnewsng reports that President and founder of the Living Faith Church Worldwide, Bishop David Oyedepo, has rained curses on bandits, terrorists and other criminal elements that have attacked the country.

The clergyman furious with the recent increase in insecurity in Nigeria, said it is time for judgement, saying the blood of the innocent citizens who were slaughtered by the unscrupulous elements will fight against them.

According to him, “The God of vengeance is rising in defence of this nation today.

“You can tell how many destinies have been unsettled by the unsettlement of this nation: Fulani vagabonds making life impossible for local people and do they claim not to know?

“We heard it exposed but I knew it before. Fire from now. You are sons and daughters of the prophet, go invoke the same fire you hear being invoked on this altar. Heaven will answer.

“And the Church became mute; they cut the neck of a church leader in this kind of age. If nothing happens, God has not sent me, but judgment will be ravaging the land from now.

“Many will sleep and never wake up. Many will be struck with blindness in 24 hours.

“Many will be crippled in 3 days. My God is turning the table against the wicked,” he declared.

The popular Bishop blamed Nigerians who could not obey his warning against the present administration during the 2015 general elections.

However, he said the mistakes will not be repeated in the next elections.

“For the blood of many that they have wasted, their generations will pay for it. Every time the Holy Ghost moves on me in this direction, something happens and I know that, in the name of the Lord Jesus Christ whom I serve, judgement begins now.”