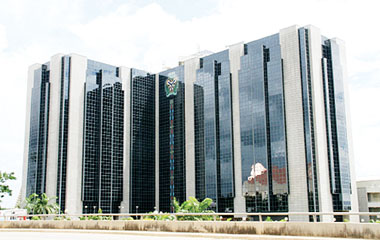 The Central Bank of Nigeria (CBN) has appointed eight new departmental directors to man specific aspects of its operations.

The appointments were confirmed in a statement on Wednesday, 1st September 2021 which noted that all the appointments are effective from August 25, 2021.

Those appointed and their respective departments are Mr. Osita Nwanisobi who was confirmed as the substantive Director of the Corporate Communications Department.

Mrs. Elizabeth Omolara Fasoranti, also has been appointed as the Director, Branch Operations; Dr. Abdulkadir Abdullahi Jibril oversees Medical Services as the Director, and Mrs. Rashidat Jumoke Monguno, is now the Director in charge of the Consumer Protection Department (CPD).

Onyxnewsng understands apart from the new appointments, Nwanisobi has been in acting capacity in the same department since October 2020 when his predecessor, Isaac Okorafor retired from service but has now been confirmed as the official spokesperson of the Apex bank.

Meanwhile, the Central Bank of Nigeria (CBN) has announced its plan to prosecute anyone found spraying naira notes at social events such as weddings, burial ceremonies, and others.

In a statement signed by its spokesman, Osita Nwanisobi, the apex bank described the act as an “unpatriotic practice”, adding that it will be working with the Nigeria Police Force to arrest anyone found abusing the naira.

The CBN stated that the statement was necessitated by the recent activities by those who flagrantly abuse the legal tender by spraying, dancing or stepping on it at parties.

The apex bank, however, urged Nigerians to respect the Naira which is the country’s legal tender and symbol of national pride.