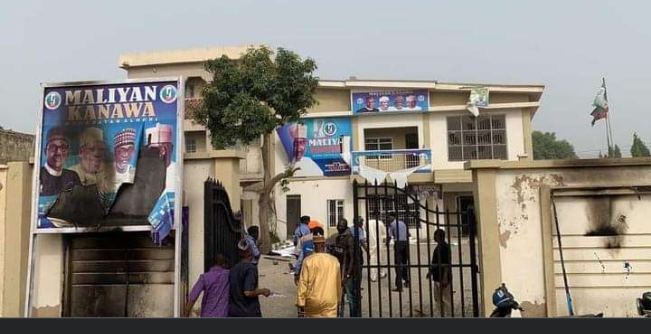 The headquarters of the All Progressives Congress (APC) faction is on fire.

The building located along Maiduguri road, in Kano metropolis, is less than three kilometres from a mobile police barrack at Hotoro area, Tarauni Local Government Area.

It was gathered that protesters suspected to be against the APC faction set the building on fire.

BREAKING: Nnamdi Kanu Will Be Released On Bail Soon

The building housed the head office of the factional group of the APC led by former Kano governor, Ibrahim Shekarau. The faction is opposed by the second faction loyal to the incumbent governor, Abdullahi Ganduje.