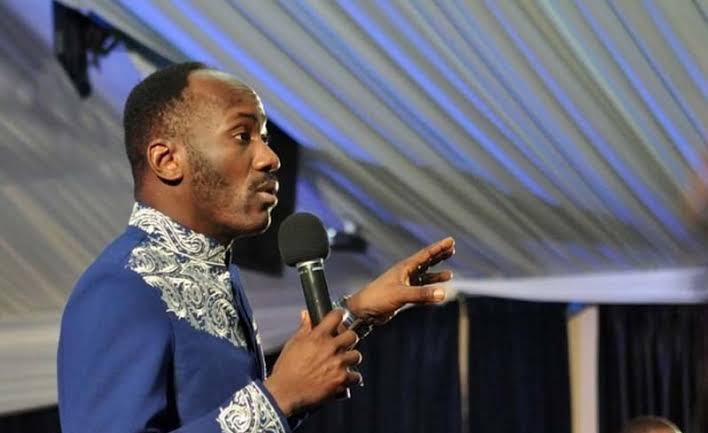 The Senior Pastor and General Overseer of Omega Fire Ministries International, Apostle Suleman, Onyxnewsng reports has opened a restaurant where foods of different kind will be served to people to their satisfaction for free.

The restaurant which is expected to feed atleast 1000 people daily is built in Auchi, Edo state and was officially opened on Saturday, 19th March 2022.

This is in line with the activities to mark Apostle Suleman’s birthday on the 24th of March, 2022.

The popular cleric said the restaurant was built to cushion the effect of Nigeria’s poor economic situation.

Deaconess Nneka who visited the restaurant from Kaduna described the project as “very wonderful.”

She said: “When I heard of it, I said if we have three of his (Apostle Suleman) kind in this nation, I think we are out of poverty.”

Amira, a Muslim lady from Kano, who was at the event said: “My aunt works here and I was told a free food restaurant will be launched today, So I came to see for myself even though I am a Muslim.”

Speaking at the event, Apostle Suleman said: “What we have started today is something that will be going on forever.”

“By the grace of God, you will not beg. You will not struggle and I want to appreciate everyone here today,” Apostle Suleman said.