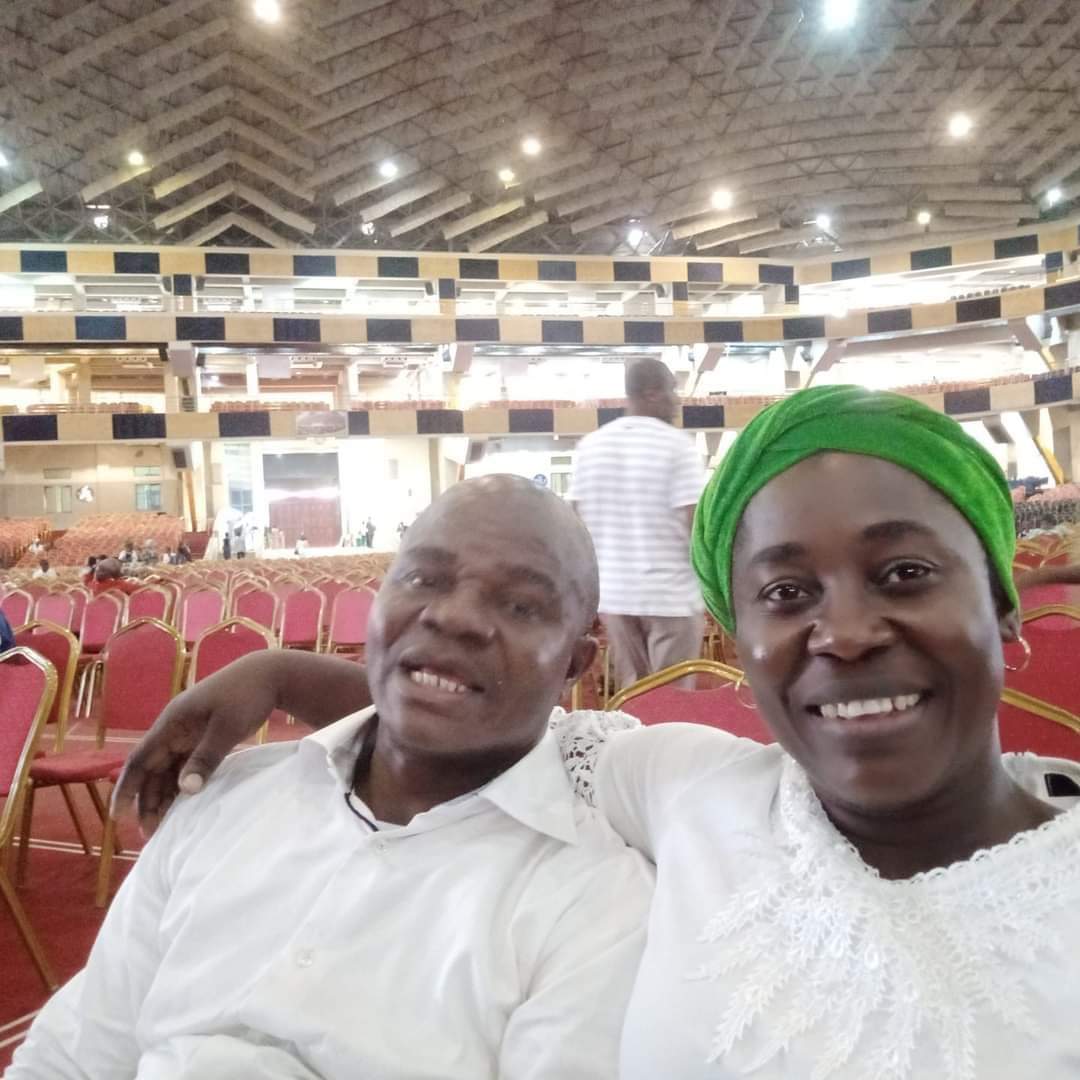 Onyxnewsng reports that Peter Nwachukwu, the husband of late gospel music star, Osinachi, has a ‘secret’ wife outside of their turbulent union.

According to a report by Vanguard, Nwachukwu is believed to have married the woman with whom he shares a romantic relationship in a church but hid the union from Osinachi and her family.

The romance, which began before Nwachukwu sought the hand of the late gospel artiste in marriage, is believed to have gone south after the woman bore a child for him.

These facts came to the fore when one of the children of the deceased gospel star found an old photo album hidden in his father’s room.

The child, whose name is withheld for apparent reasons, said their mother had suspicions that their father was having a secret affair, but could not lay her hands on any concrete evidence.
Narrating how he discovered the photo album which exposed Mr. Nwachukwu’s secret, the kid said: “One day, my father was away and forgot to lock up his room. So, I entered and a voice within told me to explore the room. Then, I saw the album and out of curiosity, I opened it and saw daddy’s old photographs. From the photos, I could see that my daddy lived a wayward life.

So, I closed the album and kept it where daddy hid it. I couldn’t tell mummy or anyone because I was very afraid that daddy will kill me, if he found out that I knew about the photos. Mummy once tried to search for things like this (album) in daddy’s room, but could not find anything.”

Meanwhile, after the child brought out the hidden secret album for the world to see, the already distraught relatives of the late gospel singer were shocked to know that Mr. Peter Nwachukwu, was hitherto married to another woman in a church long before coming for Osinachi’s hand in marriage about 10 years ago.

A family source also told Vanguard, “We never knew Nwachukwu was previously married to another woman. If ever we knew about ot prior to now, we may not have allowed Osinachi to marry him. Osinachi must have been through a lot of pain which she, unfortunately, kept away from us.”

It would be recalled that the 42-year-old Osinachi died last Friday after spending days at the National Hospital in Abuja.

Osinachi’s colleague who was a lead singer at the Dunamis International Headquarters, Abuja, accused her husband, Peter Nwachukwu, of beating her to death.

However, the husband was arrested by the police over alleged culpable homicide.

However, a post-mortem examination would be carried out to ascertain the cause of Osinachi’s death tomorrow (Wednesday) at the National Hospital, Abuja.