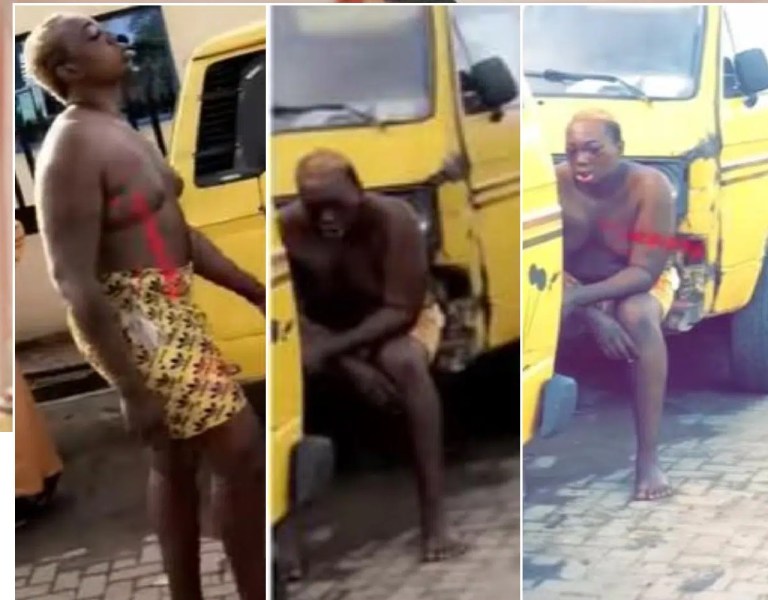 A Nigerian crossdresser yet-to-be-identified has been allegedly beaten up and left with injuries by ‘area boys’ in a motor park in Lagos state.

In the video surfaced on social media, the crossdresser is seen with makeup and swollen face, limping.

He was seriously attacked, tore his clothes and left with injuries and no footwear at a motor park in Lagos state.

A crossdresser was seen gasping for air after he was seriously manhandled by the area boys who felt irritated by his visible feminine attributes.

This attack is coming, days after a group of LGBT (Lesbian, Gay, Bis-xual, Transgender) advocates stormed the streets of Abuja to demand that the ‘Cross Dressers Bill’ was recently proposed at the National Assembly, Abuja, in April 2022, be revoked.

Onyxnewsng reports that a bill prohibiting crossdressing and proposing a six-month jail term for offenders was recently read on the floor of the House of Representatives.

The bill states that “a person engaging in cross-dressing is guilty of an offence and liable to imprisonment of 6 months or a fine of five hundred thousand naira.”