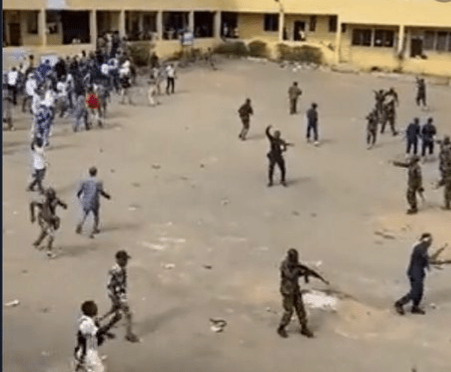 Atleast four people have been killed after an All Progressives Congress primary election for House of Representatives and house of assembly positions turned bloody in Igando area of Lagos state.

The incident occurred on Friday May 27, at Igando-Ikotun and Mosan-Okunola council secretariat which was the venue for the primary election.

Onyxnewsng understands that a video shared online showed some thugs who wielded weapons were seen facing each other before security operatives intervened.

Meanwhile, Surry Boxer and Ogunlaye have been identified as two among four of the delegates that were killed.

Below are videos from the scene, watch…