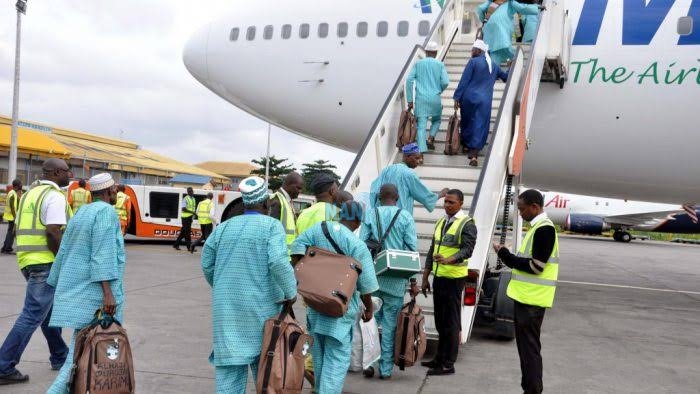 In a bid to maintain good legacy, the Lagos State government has tasked all intending Hajj pilgrims to maintain good conducts during their journey to the kingdom of Saudi Arabia, for this year spiritual exercise.

According to the government, all logistics to ensure the smooth running process of the Hajj as well as welfare of the pilgrims has been put in place.

Speaking during a seminar and special prayer for year 2022 Hajj intending pilgrims which was organised by the Lagos State Government Muslim Pilgrims Welfare Board on Sunday at Blue Roof, Agidingbi, Lagos, Onyxnewsng gathered that the Deputy Governor of Lagos State, Obafemi Hamzat, urged the intending pilgrims to be Muslims by practice and of good behavior, as they would be representing the country.

“Lagos state is always rated first, so l hope this year won’t be different as all logistics for the smooth process has been put in place.”

“As our ambassadors for the state and country, l implore you to abide by all rules and regulations and focus on the spiritual benefits you stand to gain from the pilgrimage.”

“l also urge you to pray for God’s mercy, peace, unity and prosperity of the country as it is only in a peaceful atmosphere that there can be development and growth.”
​
During the program, the Commissioner for Home Affairs, Anofiu Elegushi, disclosed that due to the outbreak of COVID-19, the Saudi Arabian authority reduced the slots allocated to international intending pilgrims of other countries to just one million out of which 43, 000 was allocated to Nigeria.

The commissioner noted that out of the 43,000 allocated to Nigerian pilgrims, the National Hajj Commission of Nigeria shared 1,562 to those interested in Lagos state.

Elegushi however congratulated all the intending pilgrims, for being counted by Allah amongst those that would perform the Hajj through Lagos state this year.

He noted that many could not make it as a result of financial incapability, but some who struggled to pay the increment were not accommodated because due limited space available.

“This is grossly inadequate to cater for the over 3,000 backlog of intending pilgrims on our hand since 2020 when the coronavirus (COVID-19) pandemic struck the whole world.”

“Aside from the inadequate slots, the Kingdom also increased its Value Added Tax (VAT) from five to 15 per cent and placed taxes on goods and services that were hitherto not in their tax net before.”

“This, coupled with the rising exchange rate of the US dollar, affected virtually everything and eventually led to the unavoidable increment in the Hajj fare.”

“The situation we found ourselves is a great attestation to the general belief that ‘Hajj is a call by Allah.”

“It has shown that no matter how wealthy you may be, if He does not call you, you will not answer the call.”

“I, therefore, wish to appeal to all to those who could not make it this year  see the situation as the wish of Allah and beyond our control. “

“I pray Allah (SWT) preserve our lives beyond next year when we shall have another opportunity with sound health, prosperity and longevity.”

Monkey Pox: Time To Observe And Sensitize Or To Ignore?

The assistant Commander, National Drug Law Enforcement Agency (NDLEA), Lagos, Aminu Shinkafi, also urged the intending pilgrims against carrying of contrabands of any nature,  adding that if caught, none would be spared.

He noted by saying no one should carry along Indian hemp, cocaine, tramadol or any form of substance and neither should they assist anybody to carry their luggages.

“Whatever drug or medication you have, ensure that you get a prescription attached to it especially if it is  for health reasons and abide by all rules and regulations.”