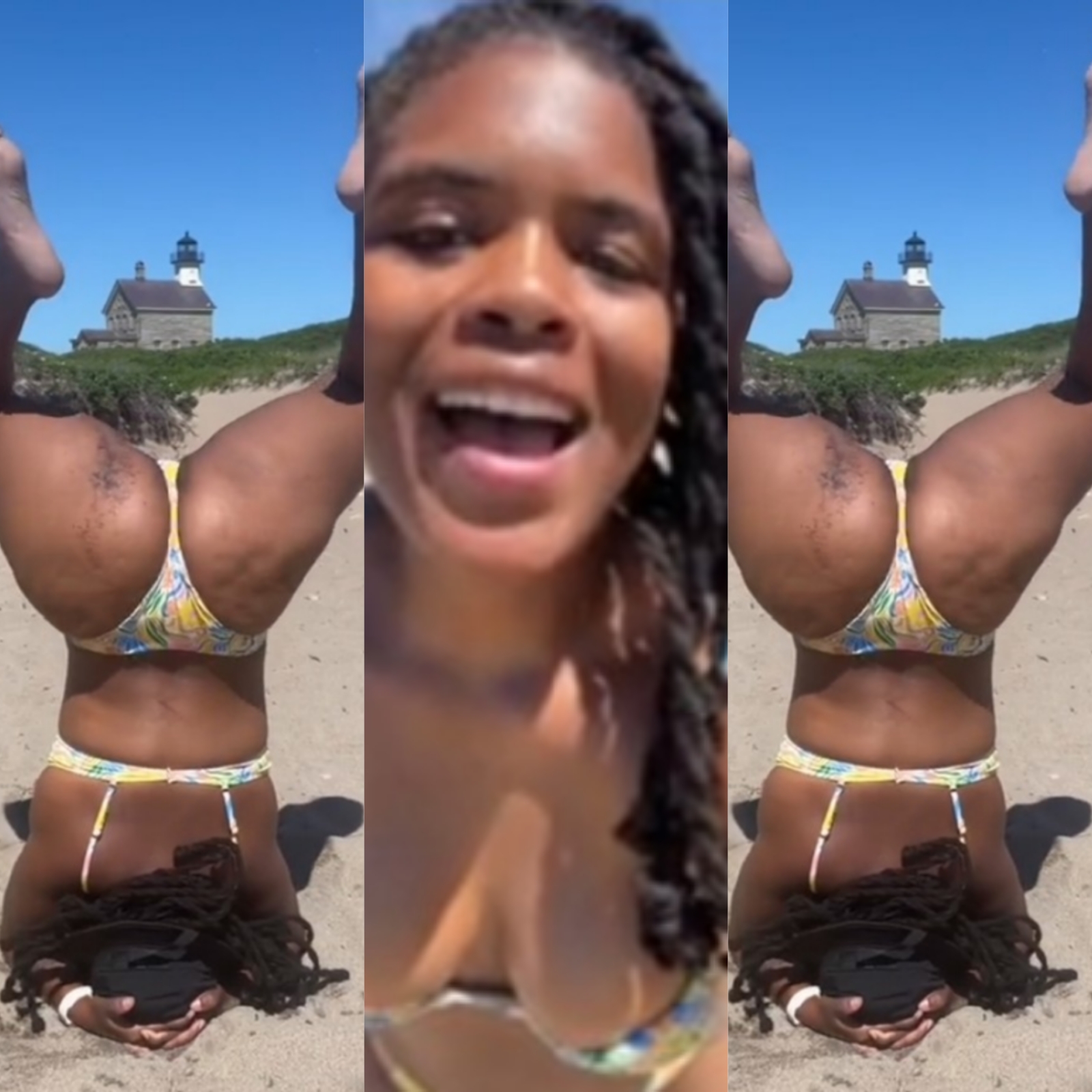 Watch Viral Video Of US Senator Twerking For Vote

A video of Rhode Island state senator Tiara Mack twerking has already gone viral and triggered strong reactions on both sides of the political spectrum.

Mack, a Democrat representing District 6 in Rhode Island, uploaded the video of her twerking upside down while on a beach onto TikTok on July 4.
“Vote Senator Mack” she says at the end of the video.

“Ignore the haters. You are righteous and compassionate. I would love to have you as my senator; cheering you on from Connecticut,” one TikTok user wrote.

“I love that you didn’t take it down! I live in GA, but just donated to your reelection campaign,” a second added.

The eight seconds TikTok video, which has been viewed more than 60,000 times, later made its way to Twitter and had been viewed nearly 2 million times by Wednesday morning after it was shared by the controversial profile “Libs of TikTok“.

A number of conservatives have since used the video to criticize Mack while suggesting such behavior is not appropriate for an elected official.

The clip of Mack on his show on Tuesday night mocking her credentials and the Democrat Party as a whole was also played by Fox News.

“You have to wonder why it’s left to this show of all places to announce the rising star, the next rising star in the Democratic Party,” Carlson said before playing the clip of Mack.

“Show of all places to announce the rising star, the next rising star in the Democratic Party,” Carlson said before playing the clip of Mack.

“You ever had those moments where you see something and you’re like ‘Oh, that’s the future, that’s what it looks like.’ We saw Tiara Mack, head in the sand, twerking, and we thought, man, that’s the Democratic Party in 2020.”

In response, Mack posted a series of tweets and further TikTok videos while detailing her achievements. “Damn. Twerking upside down really makes the conservative, unhinged internet accounts pop off on a Monday,” Mack tweeted.

“Can the media also cover when I won a national championship in May and named MVP of the match?”

“Can the media also cover the 10+ bills I sponsored that the Rhode Island Senate never scheduled for a hearing? Can the media cover any policy wins had by the youngest Black state senator in Rhode Island?” she added.

“As a Black, queer woman you all should know the answer. It’s no. Let them carry on their narrative. Me? I’m going to be joyful, free, and unbothered.”

In a TikTok video she posted Tuesday, Mack added: “Am I surprised that the internet is more ready to talk about me twerking upside down on America’s birthday yesterday than they are ready to talk about any of the policy wins I have this year, or any of the other accomplishments that I’ve had outside of the Senate chamber, inside of the Senate chamber?

“I’m not surprised that they would rather talk about me shaking my ass,” Mack added.

“The consistency and the dedication in which the media decides to target black queer women in ways that are unproductive to the narrative, it’s lazy, it’s tacky, and quite frankly, I’m over it.”

Watch video of Tiara Mack twerking upside down below…