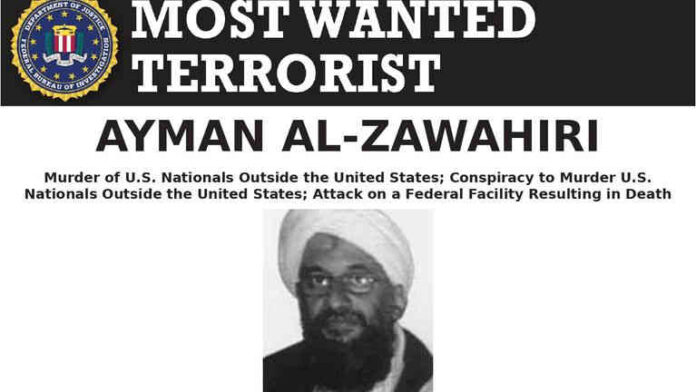 Ayman al-Zawahri was killed by US drone strike in Afghanistan, the report added.

A senior administration official told reporters that “over the weekend, the United States conducted a counterterrorism operation against a significant Al Qaeda target in Afghanistan. The operation was successful and there were no civilian casualties.”

US President Joe Biden is scheduled to address the nation.

During the weekend, the United States carried out a counterterrorism operation against a significant Al Qaeda target in Afghanistan, according to a senior official in his administration.

“The operation was a success, and no civilians were hurt.”

Since the US assassinated Osama bin Laden, the militant group’s founder, in 2011, the loss of al-Zawahiri would be its greatest setback.

The CIA on Sunday carried out a drone strike in Kabul, the capital of Afghanistan, according to a US official who spoke on the record under the condition of anonymity.

Zabihullah Mujahid, a spokesman for the Taliban, confirmed that a strike had occurred and vehemently denounced it as a breach of “international principles.”