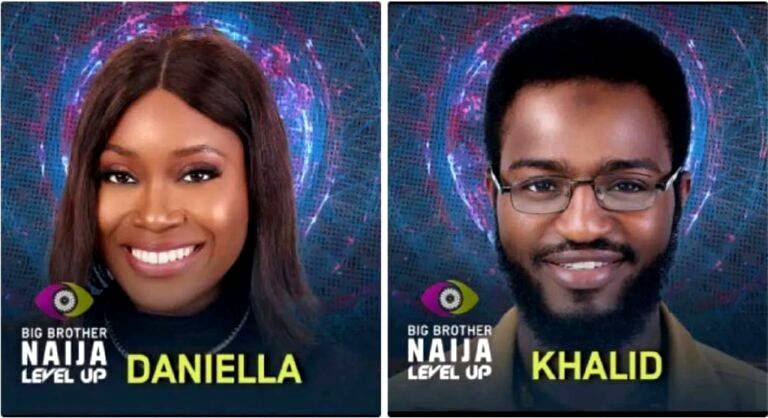 BBNaija: Why Daniella And Khalid Are Trending

Most viewers expressed shock over the fact that they have only spent two weeks in the house, saying they should have waited a bit longer before they got to that point.

They spent a lot of couple-time together after the party on Saturday, were engrossed with themselves and didn’t show much interest in Groovy and Beauty’s bust-up when the latter pair wanted to fill them in on the reason for their quarrel.

Brother Naija housemates turned lovers, Daniella and Khalid were caught on camera in a steamy session, wrapped under the sheets while other housemates, aside Amaka were fast asleep.

Amaka was also caught on camera watching the couple as they exchanged affections.

Khalid and Daniella are at it again under the duvet 😁
Its Amaka’s reaction for me?😂😂
She needed to make sure she was sure of what was going on under the duvet😁#BBNaija #disqualified Sheggz Bella Beauty #BeautyTukura𓃵 #Bolefestival22 #beauty pic.twitter.com/fMGWJ00Fib