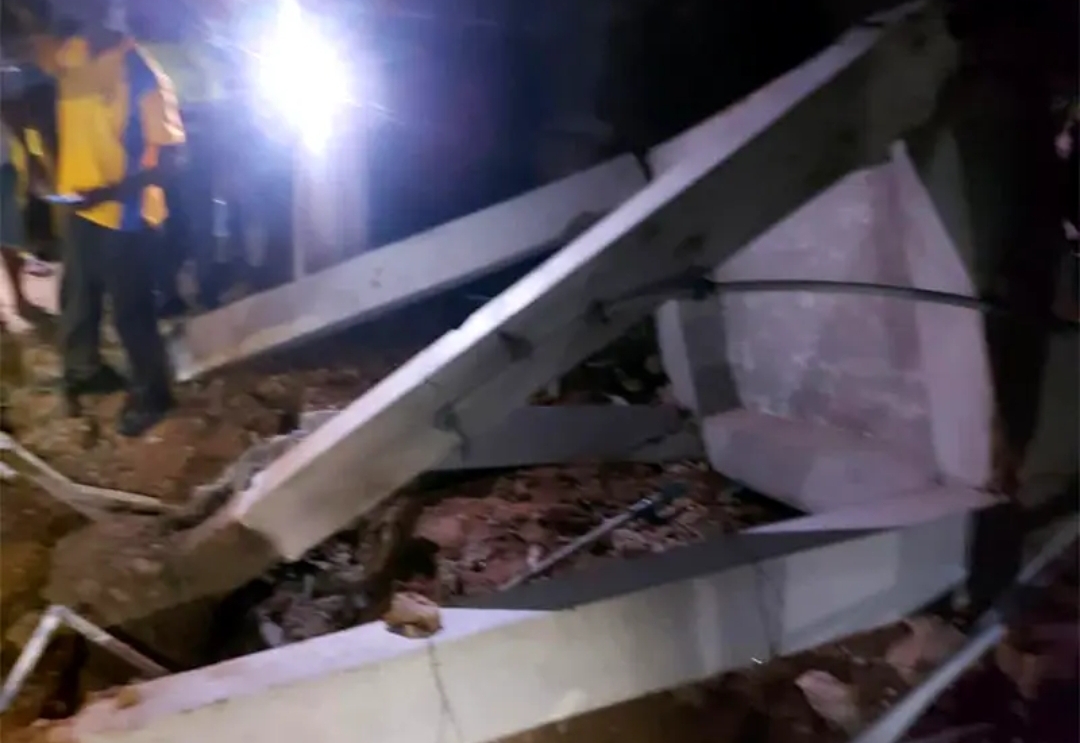 Two Children Die As Another Building Collapses In Lagos

Two children have reportedly died, while three adults sustained various degrees of injuries as another building collapsed in Lagos late on Sunday. This structure is located at Adeleye Street, Lady Lark, Bariga.

“The Agency activated its response to the above incident and upon arrival at the incident scene, discovered that the tank scaffolding of a two-storey building collapsed on a bungalow beside it and affected two rooms.

“Unfortunately two children died from the impact. Three adult males sustained injuries and were taken to nearby hospitals.

“The Agency’s response team alongside Lagos State Fire and LASBCA are responders at the incident scene. Rescue operation ongoing.”

“Earlier, we reported that a building has reportedly collapsed in Lagos State. This building, located at Adeleye Street, Lady Lark in Bariga area of Lagos, went down a few minutes ago.

According to him, LASEMA has activated its response plan to the scene.