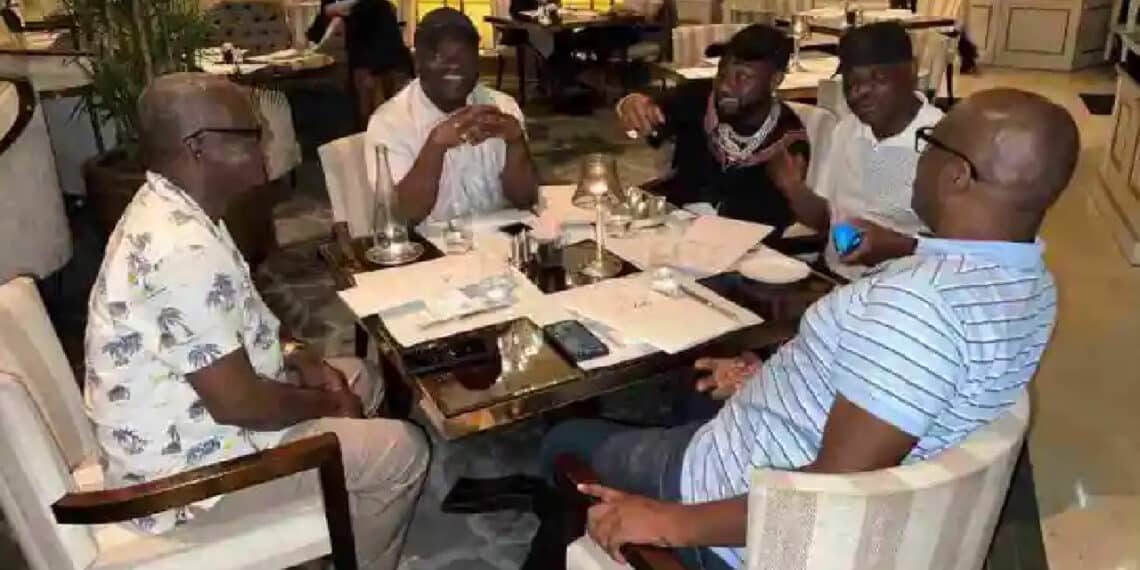 2023: Wike Meets Tinubu In France, Set To Work Against Atiku

A report monitored on TheCable, quoted sources to have said that Samuel Ortom, governor of Benue; Seyi Makinde of Oyo, Okezie Ikpeazu of Abia, and other PDP stalwarts loyal to Wike also attended the meeting.

Governor Wike and his team were said to have travelled out of Nigeria early Monday morning, according to TheCable.

“This explains why both Governor Nyesom Wike, who is a leading member of the Nigerian Bar Association (NBA), and the APC presidential candidate, Bola Ahmed Tinubu were both absent at the opening of the ongoing NBA conference in Lagos,” the sources said.

The sources said Wike and his supporters are horse-trading in the meeting to make a decision whether to back the APC candidate in the 2023 presidential election.

They are also reportedly scheduled to meet with Peter Obi, presidential candidate of the Labour Party.

“This meeting is a confirmation that the Rivers state governor, Nyesom Wike, even before the 2022 presidential primaries of the PDP, has been working underground for the APC candidate, Bola Tinubu,” the sources said.

“This move is a clear indication that the Governor Wike-led group has been deceiving the leadership of the opposition Peoples Democratic Party (PDP) in fruitless reconciliation meetings, but has already decided to play the ‘spoiler game’ by destroying the party from within, frustrate the chances of the PDP presidential candidate in the 2023 presidential election, Atiku Abubakar or when the push comes to shove, move en mass to the APC or Labour Party when the PDP least expected.

“It is important to note here that, part of Governor Wike’s plan ahead of the 2023 general elections, is to use the former governor of Ondo state, Olusegun Mimiko and other surrogates in Katsina, Kebbi, Cross River, Kano and other states to destabilise the campaigns of the PDP, especially the chances of its presidential candidate, Atiku Abubakar.”

The PDP has been embroiled in crisis since the conclusion of its presidential primary election in May.