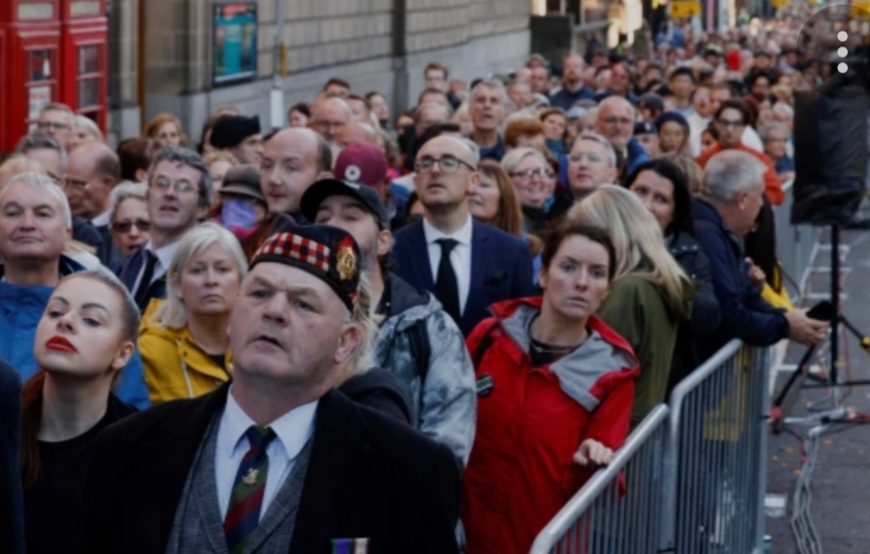 Many Queue For Second Night To Pay Respects To Queen

Mourners from across the UK and around the world are queuing for a second full day to see the Queen’s coffin as she lies in state.

A government queue tracker estimates the wait time is at least 11 hours, with the queue snaking over four miles (7km) across London, reports the BBC.

King Charles III and Camilla, the Queen Consort, will visit Wales on Friday on the final stop of their tour of the UK’s four nations.

On Thursday, Prince William told well-wishers that walking behind the Queen’s coffin brought back memories of his mother’s funeral in 1997.

His comments came as new details of the Queen’s funeral at Westminster Abbey on Monday September 19 were revealed.

There will be a national two-minute silence at the end of the service, and a procession through London will follow.