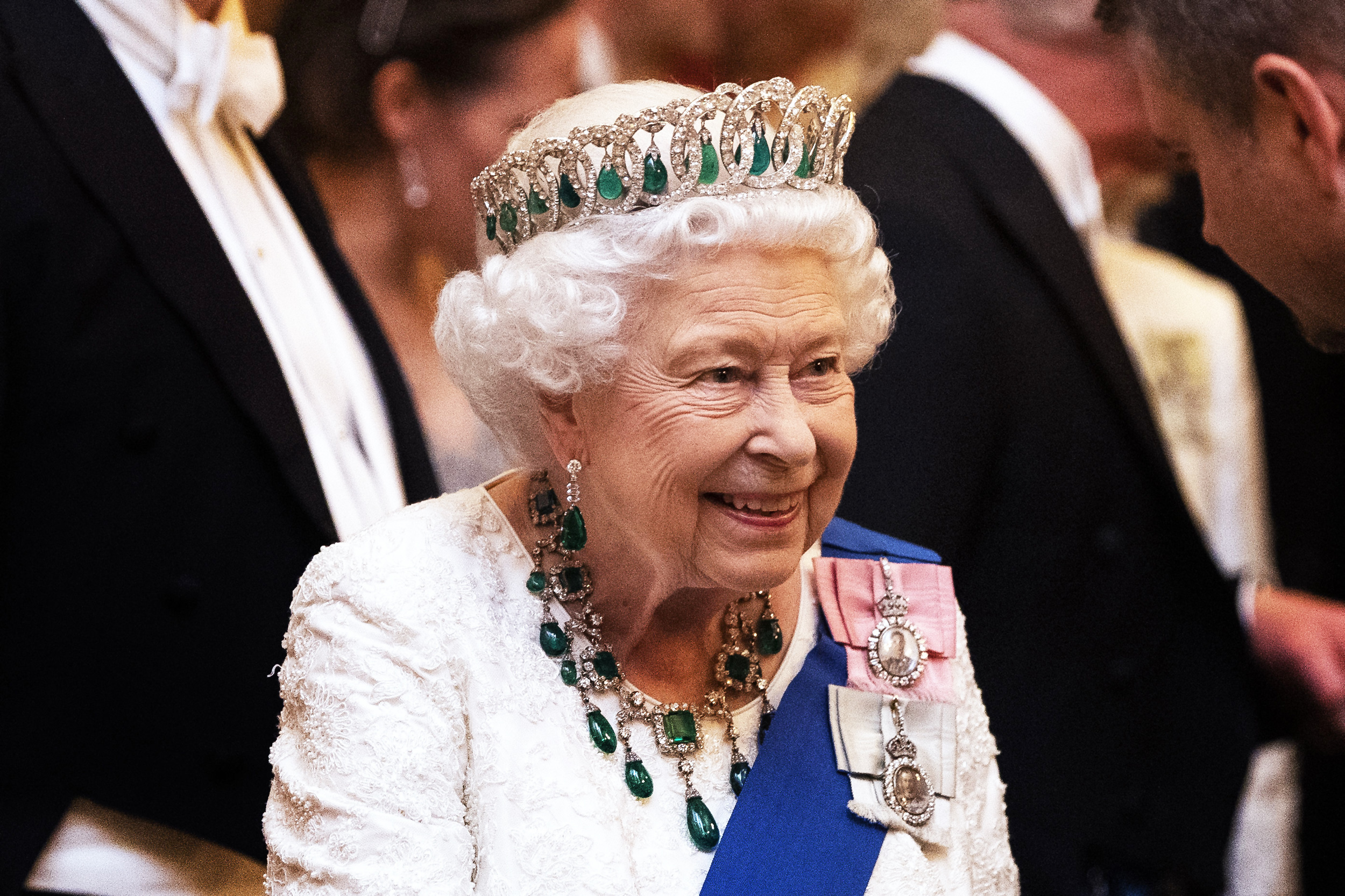 The photograph of the ledger stone comes a day after Buckingham Palace released a new portrait of King Charles III with the sovereign’s signature red boxes.

An engraved ledger stone featuring the name of the late monarch was installed in the King George VI Memorial Chapel, an annex to the main chapel, on Monday evening after a private service attended by her family.

The slab is hand-carved from Belgian black marble and features brass letter inlays reading the names of her parents — King George VI and Queen Elizabeth — followed by the late Queen’s name along with that of her husband, Prince Philip. A garter star separates the two royal couples, and the years of birth and death have been inscribed next to each name.

The four royals were members of the Order of the Garter, the country’s most senior order of chivalry that dates back to medieval times and the reign of King Edward III.

The group’s members are personally chosen by the sovereign in recognition of an individual’s service to the nation and includes several members of the royal family, former prime ministers and other senior figures. The order’s spiritual home is St. George’s Chapel.

The Queen was laid to rest, after an elaborate state funeral at London’s Westminster Abbey attended by leaders from across the world. More than 26 million people in the United Kingdom tuned in to watch the funeral service on Monday, the first to be televised for a British monarch.

When the Queen’s husband of 73 years Prince Philip died in April 2021, his coffin was initially placed in the Royal Vault, set below St. George’s, where it remained until it could be relocated to the memorial chapel upon the Queen’s death. The ashes of the Queen’s sister Princess Margaret, who died in 2002, are also interred in the chapel.

Royal residences, including Windsor Castle, have been closed since the monarch’s death on September 8. But the general public will be able to visit the Queen’s resting place when the castle reopens on September 29.

Special displays marking the Queen’s Platinum Jubilee at Buckingham Palace, Windsor Castle and the Palace of Holyroodhouse will not reopen to the public, the trust added.1