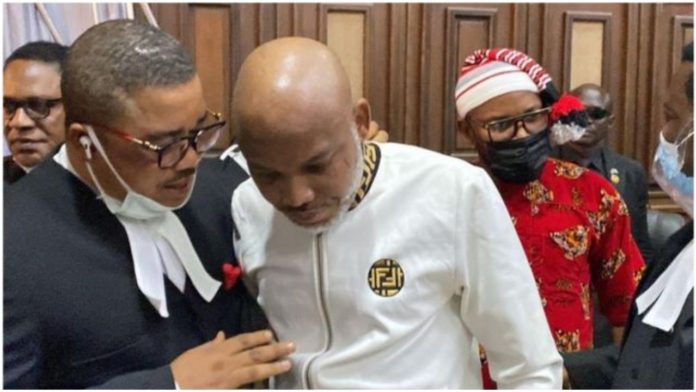 Onyxnewsng reports that the leader of the Indigenous People of Biafra (IPOB), Nnamdi Kanu has been discharged and acquitted by the Court of Appeal sitting in Abuja.

The Court of Appeal on Thursday upheld the appeal of the IPOB leader.

The development was confirmed by the counsel to Kanu and human rights activist, Ifeanyi Ejiofor in a post on his Facebook page.

Kanu had in his appeal dated April 29 and marked CA/ABJ/CR/625/2022, applied to be discharged and acquitted.