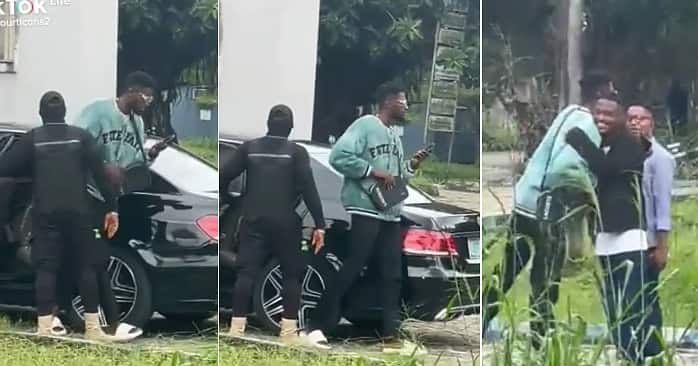 A year one student of the university of Port Harcourt (UNIPORT) caused a frenzy in school with his grand arrival.

Shortly after the Academic Staff Union of Universities (ASUU) strike was called off, the student returned to school in a grand style.

The student was spotted arriving at the university premises with a new Benz.

He had also employed the services of a bouncer who alighted from the car to open the door for him.

Watch the viral video below…