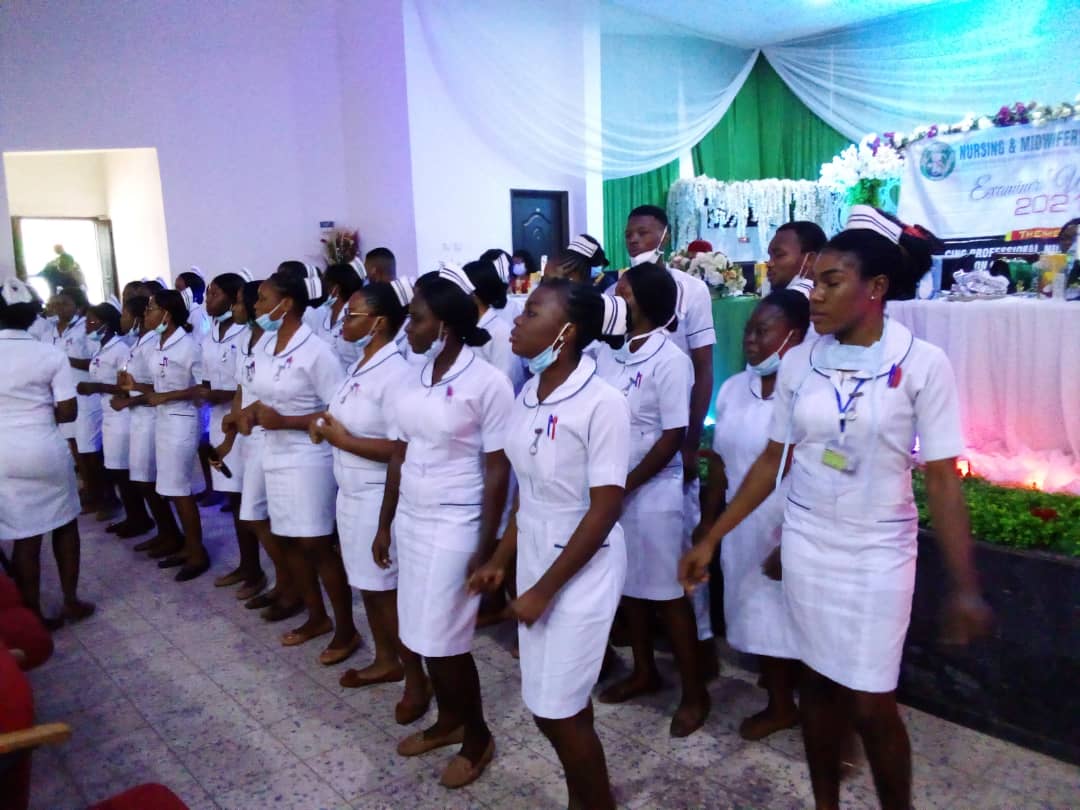 College Of Nursing In Nigeria To Offer BSc Nursing Programme

The progressive trajectory across Kwara State owned teritiary institutions is bringing positive turn around to the State College of Nursing in Oke-Ode, situated in Ifelodun Local Government Area of the State depicts Governor AbdulRahman AbdulRazaq’s policy of inclusive, deliberate and strategic investment in the education sector.

The College of Nursing, Oke-Ode, had attracted positive development including improved staff welfare and infrastructure, as well as expansion of academic activities in the last three years.

From available records, the College has received necessary support towards getting accreditation of courses and upgrade of the school to include Midwifery, further shows Governor AbdulRazaq’s commitment and responsiveness to the yearnings of stakeholders and Oke-Ode, the host community.

The governor recently released the sum of N100 Million for the completion of Female Hostel at the School of Nursing, Oke-Ode, in order to make learning conducive for the students.

Kwara State Government recently appointed Alhaji Quadri Olarewaju as the substantive Provost of the institution. The decision which was welcomed with cheers by stakeholders as it was adjudged as purely merit-based in line with Mallam AbdulRazaq administration’s transparency and quality assurance mechanism.

The new Provost, Alh. Olarewaju, a native of Oko-Ode holds Higher National Diploma in Public Administration and later bagged his General Nursing at the Kwara State School of Nursing, Ilorin. He also earned the degree of Bachelor of Nursing Science at the National Open University, before he proceeded to Lincoln University College, Malaysia for the Master’s of Science in Nursing.

Interestingly, the exceptional and education-friendly Governor is also taking steps to ensure that the institution gets accreditation and re-accreditation of courses with a promise to release N80 Million for the exercise.

This would not only give the College of Nursing, Oke-Ode, an improved facelift and provide the needed facilities for the accreditation which include the library, books, demonstration equipment, medical equipment and furnitures in different units. However, with such progressive moves, it is believed that the College of Nursing, Oke-Ode, will be rescued from delisting and de-accreditation.

Another cheering news for Kwarans is that Kwara State College of Nursing, Oke-Ode, would be joining the league of degree awarding institutions like its counterpart in Ilorin in affiliation with Ladoke Akintola University of Technology, Ogbomoso.

It is, however, worthy to note that only Kwara and Oyo States Colleges of Nursing are given the opportunity to run the Bsc Nursing programme by the Nursing and Midwifery Council of Nigeria. The undisputable fact is that Governor AbdulRahman AbdulRazaq made it possible for Kwara State amidst paucity of funds.

Under the present administration, the College of Nursing, Oke-Ode, like other state-owned higher institutions, has adequate manpower to impart knowledge in students and produce quality graduates to support the ongoing giant strides in the health sector.

The foresight of Governor AbdulRazaq in appointing a competent and capable hand as Commissioner for Teritiary Education also made his investment in the education sector to yield desired results across board.