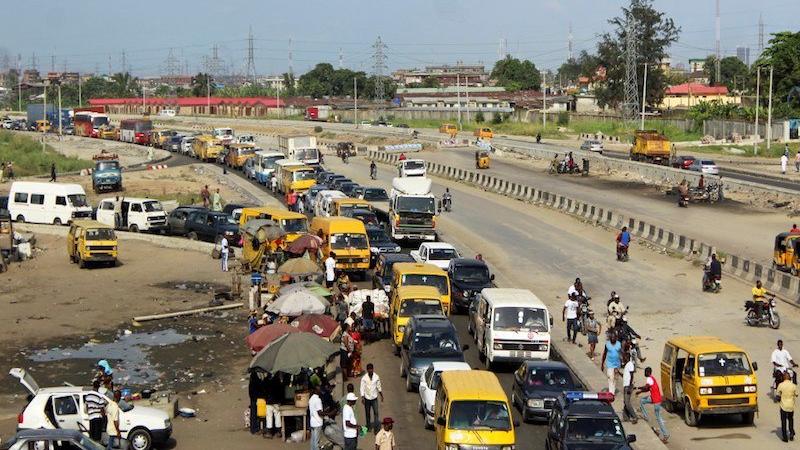 Commercial bus drivers in Lagos on Monday began a seven-day strike to protest so much levies by touts at bus stops. and this act has caused many passengers travelling to different destinations stranded at their bus stops.

Recall the Joint Drivers’ Welfare Association of Nigeria (JDWAN) had announced they would commence strike from 31st October over the inability of the state government to tackle the excessive levies.

“Drivers and commuters have had a brimful of extortion and harassment from the motor park management and caretaker committee thugs popularly known as Agbero,” Abiodun Akintade, the national leader of JDWAN, said in a statement on Sunday.

“It is also visible to the blind in Lagos that the cost of goods and services is a consequence of Agbero’s extortion, no goods can be delivered and 95% of working-class residents can be transported without the service of commercial drivers.

“The unfettered and violent extortion by the Lagos government agents has not only increased transportation fare beyond the affordability of workers but also made every good and service out of reach of the poor Lagosians.”

The People’s Alternative Political Movement (TPAP- M), in a solidarity message to JDWAN, called for an end to the “unjust levies” inflicted on Lagos commercial bus, taxi, and tricycle drivers.

“The extortion of commercial vehicle drivers in the state has wider economic implications,” the group said in a statement jointly signed by Affiong Affiong and Akinkunmi Olawoyin, interim chairperson and secretary respectively.

“It is one of the most critical drivers of inflation- the throttling levy imposed on the drivers has a direct effect on the supply chain of goods and services- consequently hiking the price of essential goods, commodities, and services in Lagos relative to other states.

“Putting an end to this state-approved extortion of drivers would bring down the high cost of living in Lagos and ensure profits of the drivers are not streamed illegally into the coffers of a rent-seeking state.”