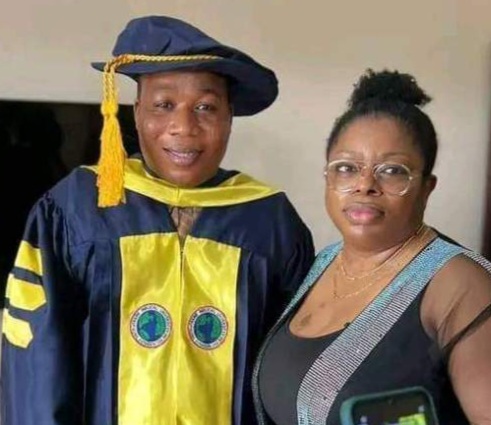 Igboho shared the certificate from the varsity based in Brooklyn, New York, US and some pictures from the event on his Instagram page on Tuesday.

“Congratulations to me as I was conferred Doctor of peace and security management/international relations with a specialization in war/conflict and peace studies from Triune Biblical University, USA,” he wrote.

“It’s such an honour to know that the Yoruba nation’s efforts are not in vain.”

In July, Igboho was arrested in Cotonou, Benin Republic for the alleged falsification of his passport.

Don’t Bury Ifeanyi, He’ll Comeback To Life” – Says Prophet, Tells Davido What To Do Next

Prior to his arrest, the Department of State Services (DSS) had declared him wanted for allegedly stockpiling weapons in his residence.

The secession agitator was detained in a prison in the Benin Republic but was released in March 2022 to get medical attention on the condition that he would not leave the West African country.