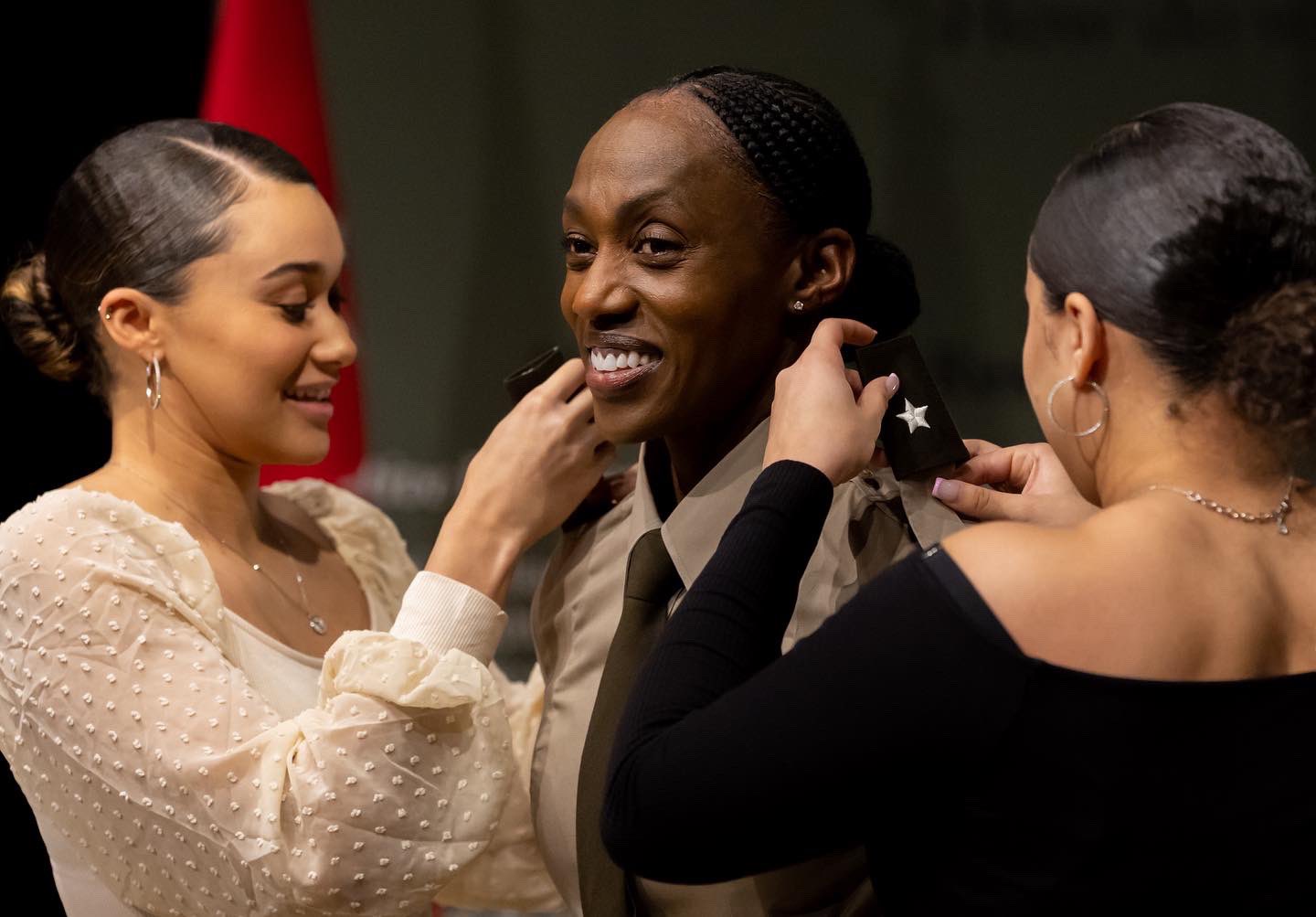 Nigerian Amanda Azubuike, formerly a Colonel has been promoted to Brigadier General in the US Army.

Originally from the UK, Amanda’s roots are African; a Nigerian father and a Zimbabwean mother.

According to Adegbenro, “Of the 1.2m women and men of the US Army, only about 300 make it to the General Officer cadre to which she has now been promoted.”

General Amanda I. Azubuike received her commission from the University of Central Arkansas in December 1993 and earned a bachelor’s degree in Communications.
Colonel Azubuike graduated from flight school in 1995 as a UH-1 pilot.

She began her career with the 924th Aviation Support Battalion at Hunter Army Airfield, Georgia, where she served as a platoon leader.

She went on to serve as the Flight Operations Officer, followed by Platoon Leader for the Aviation Company, Multinational Force, and Observers in the Sinai, Egypt. After the Military Intelligence Captain’s Career Course and Fixed Wing Multi-Engine Qualification Course, she served with the 3rd Military Intelligence Battalion (Aerial Exploitation) in South Korea as an Operations Officer and RC-12 pilot. After her assignment in South Korea, Colonel Azubuike was assigned to Fort Jackson, South Carolina, as the Commander of Alpha Company, Victory Brigade. After attending the Public Affairs Officer Qualification Course, Colonel Azubuike was assigned to the Coalition Forces Land Component Command in Kuwait from July 2005 through June 2006, where she served as a Public Affairs Operations Officer. She was then assigned to the U.S. Army Central Command’s Headquarters at Fort McPherson, Georgia. After attending, the U.S. Army Command and General Staff College, Colonel Azubuike then served as the Chief of Media Relations and Public Affairs Operations Officer with the U.S. Army Central Command’s Headquarters at Fort McPherson, Georgia. Although she was assigned to Fort McPherson, she spent much of the time in Kuwait in support of Operation Iraqi Freedom.

Azubuike attended Georgetown University earning a Master of Professional Studies in Public Relations and Corporate Communications. She was assigned to the Office of the Chief of Public Affairs at the Pentagon in the Community Outreach Division. Following her attendance at the U.S. Army War College, she was assigned to the 3rd Infantry Division at Fort Stewart, Georgia, as the Public Affairs Director, and deployed to Bagram, Afghanistan, with the Division Headquarters. After her promotion to Colonel, she was assigned to the Joint Force Headquarters / Military District of Washington at Fort McNair in Washington D.C. as the Public Affairs Director, where she led the joint public affairs team that supported the 58th Presidential Inauguration. Next, Colonel Azubuike served as the Chief of Public Affairs for the U.S. Southern Command Headquarters in Doral, Florida. Later, she served as the Chief of Staff and Senior Military Assistant to the Principal Deputy in the Office of the Secretary of Defense at the Pentagon.