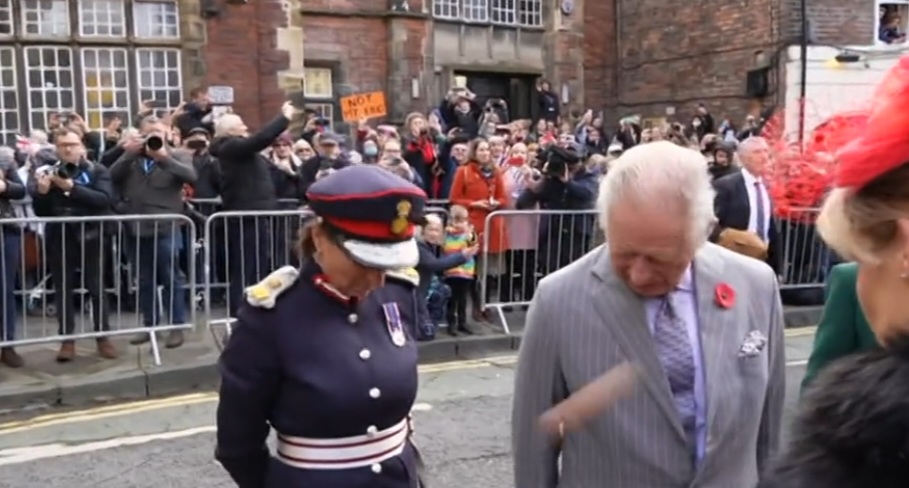 A man has been arrested after eggs were thrown at the King and Queen Consort during a visit to York.

A protester was restrained by police as crowds gathered at Micklegate Bar, the traditional royal entrance into the city, to greet the royal couple.

He was heard to shout “this country was built on the blood of slaves” as he was restrained.

According to North Yorkshire Police, a 23-year-old man was arrested on suspicion of a public order offence and remained in custody.

People in the crowd started chanting “God save the King” and “shame on you” at the demonstrator.

The incident happened on the second day of an official royal visit to Yorkshire, during which the King and Queen Consort later travelled to Doncaster.

The King and the Queen Consort were being welcomed by city leaders in York when several eggs were thrown at them as the protester booed the pair.

Charles continued shaking hands with dignitaries including the Lord Mayor as the eggs flew in his direction, slowly looking at the cracked shells on the ground.

The eggs missed the King and Queen Consort.

Several officers were seen restraining a man on the ground behind temporary fencing set up for the King’s visit.