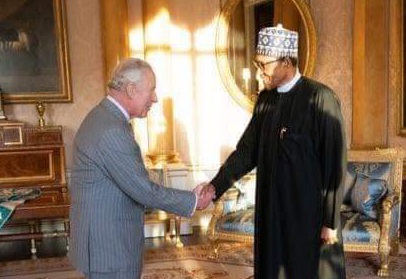 Media aides of the President shared pictures of king Charles III who was the former Prince of Wales shaking hands with Buhari.

The President’s trip is one of many medical trips he has embarked on since assuming office in 2015, spending at least 212 days abroad.

President Buhari also met with the Minister of Foreign Affairs, Godfrey Onyeama, the Nigerian High Commissioner to the UK, Sarafa Ishola, and other officials.