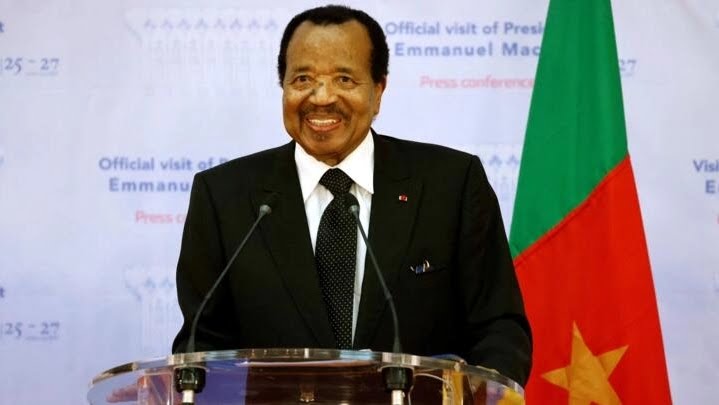 The president of Cameroon, Paul Biya’s Minister on Saturday escaped death in France.

Paul Biya was in France to celebrate his 40th year as a president of Cameroon but the Cameroonians in France stormed the venue, destroyed his cakes, killed his Minister but he escaped.

After seven years as the central African country’s prime minister, Paul Biya entered the presidential palace on November 6, 1982, becoming only the second head of state since independence from France in 1960.

His four-decade-long grip is a tribute to tightrope-walker skills in a country facing social, political and security problems and struggling with economic disparity.