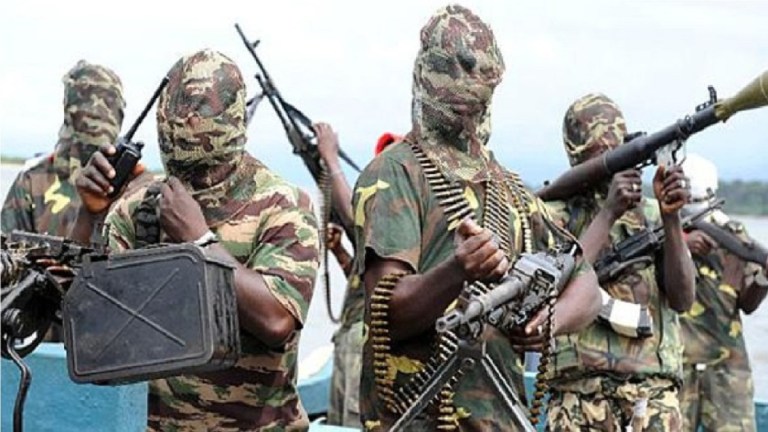 Onyxnewsng understands that Agbani is a community in Nkanu West Local Government Area of Enugu State the South-east of Nigeria.

The police checkpoint is close to Agbani Divisional Police Headquarters.

According to report by PREMIUM TIMES, Onyxnewsng learnt that the gunmen stormed the checkpoint at about 8 in the morning and opened fire on police officers on duty, killing three of them at the spot.

A resident of the area, who identified himself simply as Ifeanyi said: “The policemen were busy collecting money from Okada people and bus drivers when the unknown gunmen attacked them. It was so sudden.

“Many of us ran away when we heard the gunmen firing shots. We returned and saw three bodies of the policemen,” he said.

A video clip apparently shot after the attack has been circulating on social media.

Two bodies of the officers were lying on the ground along a major road. One other body was seen in front of Agbani Divisional Police Headquarters.

“Unknown gunmen killed policemen now. One of them escaped, but three were killed.”

The police spokesperson in Enugu State, Daniel Ndukwe, did not respond to calls and a WhatsApp message asking comments from him about the attack.

Enugu, like other states in Nigeria’s South-east, has witnessed an increase in deadly attacks lately.

The latest incident comes barely three weeks after gunmen abducted some returning university students and other travellers in Ekwegbe, a community in Igbo-Etiti Local Government Area of the state.

In October, gunmen attacked an army checkpoint in Amodu Awkunanaw, a community in Nkanu West Local Government Area of Enugu State. Two persons were feared killed in the attack.