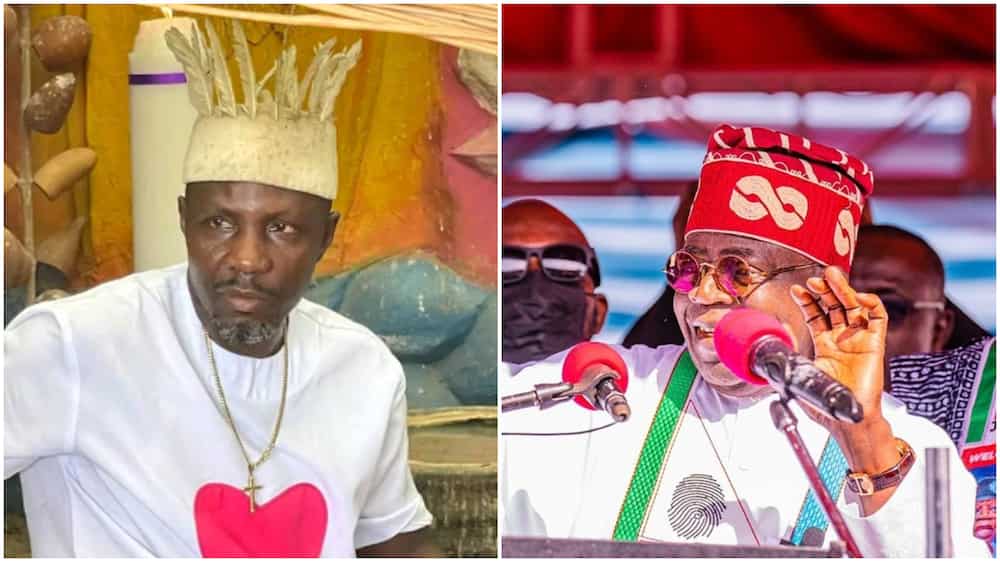 Tinubu is presently in a closed-door meeting with Tompolo All Progressives Congress (APC) Presidential Candidate for the 2023 election,

At Oporoza, Tinubu will pay homage to the Pere of Gbaramatu kingdom, His Royal Majesty, Oboro-Gbaraun II, Aketekpe, Agadagba.

After the homage, Tinubu’s train will proceed to the home of High Chief Government Oweizide Ekpemupolo aka Tompolo, a former leader of the defund Movement for the Emancipation of Niger Delta (MEND), and global ambassador of the Ijaw Nation, where he is expected to hold a private meeting with him,” the portal said in a report published earlier today.

JUST IN: Tinubu Gets Cheiftaincy Title

“Analysts believe that the latest visit to Chief Tompolo by Tinubu who holds the traditional title of Jagaban of Yoruba nation, is among other objectives aimed at soliciting Tompolo’s support in his current presidential position pursuit,” the portal added.

This is Tinubu’s second visit to Delta State in less than a week. Just last Saturday, November 19, he addressed a mammoth crowd at Warri Township Stadium, where he flagged off the APC’s Presidential and Governorship campaigns in the state.