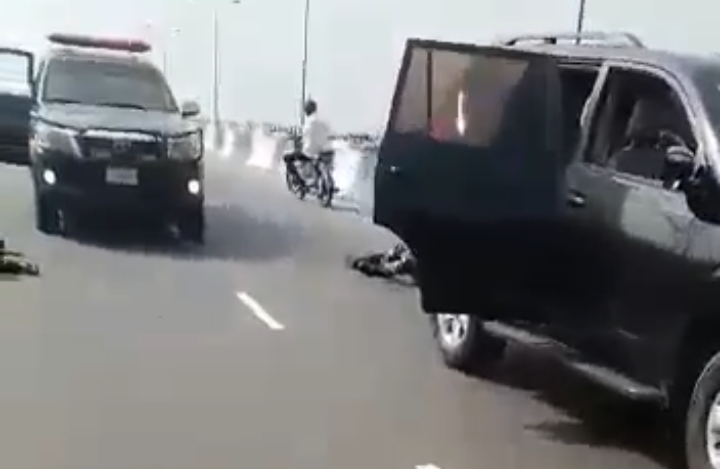 Yet to be identified gunmen have killed three policemen on escort duty yesterday, at the Rumuokoro axis of Obio/Akpor Local Government Area of Rivers State.

The gunmen also kidnapped the Managing Director of Igpes Group Oil and Gas based in Port Harcourt.

A source who pleaded anonymity revealed that the policemen were in a Hilux vehicle escorting the company’s MD when the gunmen attacked.

The source disclosed that the gunmen blocked the vehicle in which the top oil workers were in, and immediately opened fire on the policemen who tried to stop them from achieving their bad act.

With the policemen sprawling on the floor in a pool of their own blood, the gunmen reportedly isolated their target after identifying him, dragged him into their own vehicle and zoomed off.

The gunshot caused serious panic at the Rumuokoro business area as people scampered for safety.

Within minutes the area was deserted, as the gunmen left unchallenged, while the lifeless remains of the three cops became a spectacle.

In a just surfaced video, passers-by later gathered at the scene and were watching the corpses and discussing the issue.