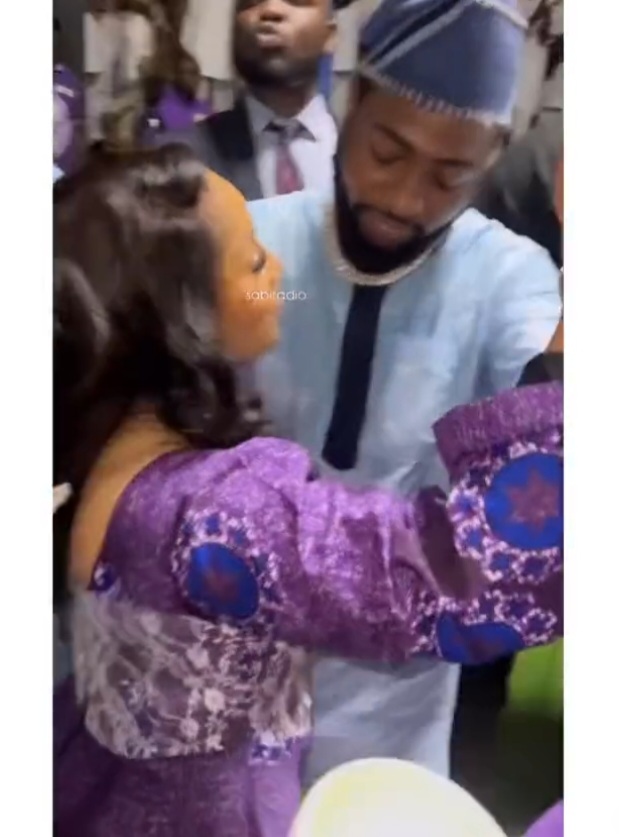 Video: Fans Troubled As Davido’s New Look Surfaces On Internet Weeks After Death Of His Son

Davido has been away from social media space since he lost his son, Ifeanyi Adeleke last month in an unfortunate swimming pool incidence at his Banana Island home.

The musician who hasn’t said a word regarding the incident went incommunicado immediately he learnt of his son’s death.

Many of his fans have clamoured for his returned to social media, expressing how much they missed him, his contents and his songs.

Meanwhile, Davido had planned to release a song in November to celebrate his birthday. He also planned a concert in the United States Of America but all got cancelled after the ugly incident.

After weeks of his absence, the musician was seen again on social media when he attended the swearing-in ceremony of his uncle, Senator Ademola Adeleke as the governor of Osun state yesterday. The musician was seen in company of family members, celebrities, and his fiancée, Chioma Rowland.

However, the joy of seeing Davido again was expressed by his fans, still, many have expressed worries over his appearance in some videos that was shared on online.

In some of the videos, a family member was seen trying to make Davido dance with her but he seem uninterested. He also looked lean in the video, which shows how much he has been affected over the weeks after Ifeanyi’s death.

His fans have taken to their social media pages to say say words of prayer for the singer.

Davido winding down with the fam ❤️ pic.twitter.com/eRnFmQb2kO