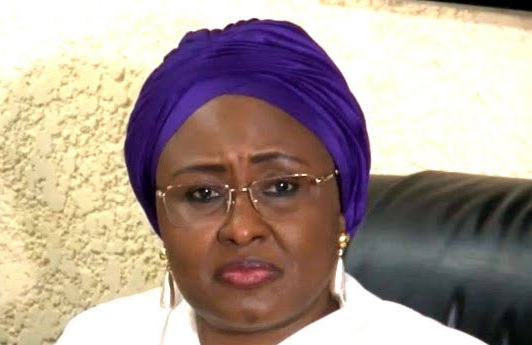 Aisha Buhari, the Wife of President Muhammadu Buhari, on Friday, withdrew her case against Aminu Adamu, a student of the Federal University, Dutse, who was arrested for criticising her on Twitter.

Aminu Muhammed, a final-year student in the Department of Environmental Management and Toxicology, in June 2022 posted on Twitter that Mrs Buhari had suddenly added weight after taking part in plundering the nation’s meagre resources as the masses endured hardship under her husband’s regime.

The tweet, which was accompanied by a photograph of Mrs Buhari, loosely translates as “Mama has eaten poor people’s money and is now full”.

According to his friends, he made the post because he was frustrated about the prolonged strike embarked upon by university lecturers across the country.

The strike started in February 2022 and ended in October after eight months.

Gunmen storm palace, kidnap monarch in Ondo
However, on November 8, the 23-year-old student was picked up by security operatives on campus and was reportedly beaten up following his arrest around noon.

The 500-level student was taken straight to the Presidential Villa where he was allegedly brutalised, beaten, maltreated and humiliated by the police suspected of being men belonging to the Department of State Services.

Newsflash Nigeria learnt that the First Lady, Aisha Buhari is among the five witnesses listed by the prosecution to testify against Mohammed in court.

The police alleged that the offence, bordering on defamation and cyberstalking, contravened Section 391 of the Penal Code.

Mr Ogbobe said the First Lady as the mother of the nation decided to withdraw the case, following the intervention of well-meaning Nigerians.

He relied on Section 108 subsection 2(a) of the Administration of Criminal Justice Act to move the application for the withdrawal of the case.

Ruling on the matter, Justice Halilu commended Mrs Buhari for taking the “bold steps” to forgive the accused.

He called on parents to always monitor their children to avoid recurrence.

He said Aminu was in Aso Villa in Abuja at the time of the report.