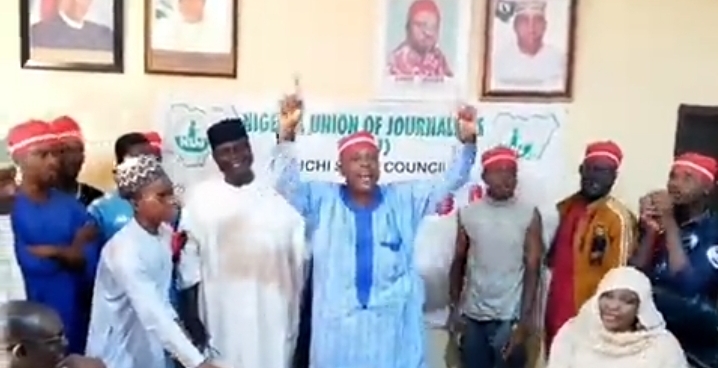 The presidential candidate, Rabiu Kwankwaso may be in trouble as his party structure, NNPP in Bauchi joined PDP and declared support for Atiku Abubakar.

This was seen in a video shared on social media few hours ago where supporters of Kwankwaso openly removed his cap symbol while chanting the name of Atiku Abubakar, the presidential candidate of the people democratic party.

Recall Kwankwaso appeared at Chatham house to assure his members that he isn’t going to step down for anyone even though he once had the plan to work with the Labour party to actualize his dream to rule Nigeria.

‘’What I told them is what I will tell you. If anybody wants Kwankwaso to withdraw, just bring criteria and select the best. Anytime I have a better candidate, I am ready to talk to him,” he said.

Boasting over 30 years of experience in the civil service, the NNPP presidential candidate claimed that his party is the one growing in Nigeria, describing the LP’s media buzz as a bubble.

NNPP has been dismantled by the Atiku wave in Northern Nigeria 😂. pic.twitter.com/CjufEsHBfU