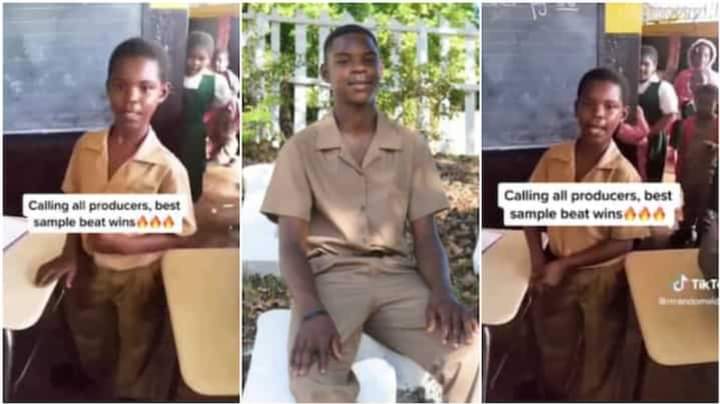 “Father Thank You For Sunshine”: Boy Who Sang Like Akon With Sweet Voice Becomes Famous, Gets Record Deal

The boy who was a kid at the time the video was shot is now much older and he had an interview with @kingston11antics.

He said that though he had always wanted to be a singer, he never thought his fame would come in such a way.

Rushawn shot into fame For weeks, many saw his clip showing him singing in a classroom while in his school uniform. The said video was filmed many years ago, DanceHallMag reports.

Rushawn revealed that the owner of the song, Jermaine, already reached out to him and they would both be doing a remix of the track together. He is so excited about what the future holds for him.