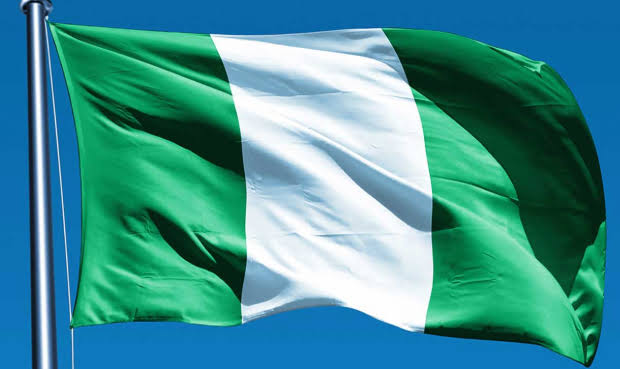 Anyone who has seen OXFAM images showing kwarshiokor-ridden children, with big head, deep eyes, gaunt gait, distended belly, reed-thin legs and flies swarming around them will not wish famine for Nigeria.

Despite the posturing of Central Bank of Nigeria Governor, Godwin Emefiele, the overly hyped Anchor Borrowers’ scheme is not exactly translating to enough foodstuff for Nigerians, who may face hunger very, very soon.

The evidence is the continuous increase in the prices of foodstuff beyond the ability of the average Nigerian Joe Bloke to pay. Classic economics theorists insist that lower supply puts pressure on effective demand, by increasing the prices of commodities.

READ Dangote Refinery: Is NNPC Investing Or Bailing Out The Unbailable?

To borrow a highfalutin construct for an everyday occurrence, the demand-and-supply curve always shows maximum buying price and minimum selling price acceptable at a particular time and place for a commodity.

Adam Smith says, “The real price of everything, (or) what everything really costs to the man who wants to acquire it, is the toil and trouble of acquiring it.” In other words, what you are willing to give up, or the opportunity cost, for the commodity.

That’s another way of saying that there is a point below which the vendor will not sell and beyond which the buyer will not buy. Nigeria is heading towards that dangerous tipping point. And it may not abate soon.

The exasperated Yoruba, feeling the pinch in his pocket, would have thrown up his hands in resignation and declared, “Owo la nje,” or we are literally eating money!

That metaphor summarises your feeling when spending more money than you expected to spend on an item.

The steady erosion of the value of the naira, as the CBN spreads itself thin, dabbling into macroeconomic issues, while still grappling with its primary responsibility of controlling inflation, foreign exchange and interest rates, is telling adversely on the prices of especially imported consumer goods in the marketplace.

If the CBN’s intervention in the agricultural sector of the economy had been effective, prices of foodstuff should have been going down and its importation would have also been drastically reduced.

The Anchor Borrowers’ Scheme, running for about six years from November 2015, has not had much impact in the quantity of local produce and the prices at which foodstuff are generally sold.

By May 2021, the CBN claimed to have disbursed N300 billion to more than 3.1 million farmers in Southern Nigeria alone, and plans to work with farmers to cultivate one million hectares of rice, and cassava, wheat, soybean and sorghum in the future.

Why the apex bank neglects poultry, fish, goat, even controversial cattle rearing and economic crops like oil palm, cocoa, groundnuts, kolanut and kelantan is not clear. After all, these consumer goods and economic crops contribute to the economy.

But for the records, whatever the CBN has done so far has not yielded much- except, in the imagination of the protagonists of the scheme and the lying propaganda reports of government apologists.

State governments, all of whom have Ministries of Agriculture, pay no more than lip service to agriculture. Civil servants, who work in these specialised ministries, only look forward to their monthly wages.

Some appear to be doing something somewhat, though. But it doesn’t quite add up. What they do, plodding on their swivel seats, amounts to what some derisively refer to as fruitless effort of paper tigers.

The Federal Ministry of Agriculture routinely fails to live up to its “mandate to ensure food security in crop, livestock and fisheries, stimulate agricultural employment and services, promote the production and supply of raw materials to agro industries, provide markets for the products of the industrial sector, generate foreign exchange and aid rural socio-economic development.”

The violence that herdsmen visit on farmers is threatening the safety of lives and property as well as compromising strategic food security, which is leading to hunger, if not famine. Four years ago, a friend with a large cotton farm in a Northwestern state, lamented that he no longer went to his farm to avoid being kidnapped.

You may recall that Benue State Governor, Samuel Ortom, despite his security hedge, fled from would-be killers on his farm. If a governor fled from killers, you could then ask, “If gold would rust, what would iron do?”

By failing to guarantee security, which the constitution identifies as its major assignment, government had compromised the lives and livelihoods of Nigerians.

It’s even worse that a political party that swore to guarantee security as part of its manifesto is failing woefully in that brief.

Some wise people argue that deficiency in homegrown food is a source of weakness to a nation, just as a country that is self-sufficient, or nearly self-sufficient, in food supply has great control over its fortune.

Adam Smith argues that “Every man (make that nation) is rich or poor according to the degree in which he (or it) can afford the necessaries, conveniences, and amusements of human life.” Some have interpreted that to mean food, clothing, shelter, entertainment and luxury.

And, to further up the ante, a country that can provide agricultural raw materials for its industry is on the road to economic independence. The Bible did not record that Egypt was a great military power in the days of Prime Minister Joseph.

But great nations, deficient in food supply, swallowed their pride as they brought their shekels to buy grains from Egypt. It goes without saying that no nation would have contemplated waging war against Egypt with its munificience of food.

The wisdom of food security must be responsible for a nation, like America, that is in the frontiers of the digital economy, to stay firmly close to the soil, to grow its food and raw materials for its agro-allied industry.

But seriously, any plan for a renaissance of Nigeria’s agriculture must start from the place of security, which has unfortunately been brazenly compromised by insurgents, bandits, kidnappers and herdsmen who attack farmers and destroy their crops.

If government is having problems finding the lair of those who trouble Nigeria, all they need to do is to use the compass of human Google map, Sheikh Ahmed Gumi, whose uncanny scent can trace the footsteps of the bad guys.

Government must invest in security infrastructure, materiel, men and training to secure the rural areas that are usually isolated and sparsely populated for the obvious reason that a lot of vacant land is needed for agricultural cultivation.

Contrary to the assumption of the Federal Government that funding (via Anchor Borrowers loan) is the only thing needed to “ginger” increased and steady agricultural production, there is a need for extensive integrated road, rail, water and airport transport network to link farmgates to agro-allied industries and consumers.

Transport is key, and government must be intentional in addressing the matter. There must be a nationwide transport masterplan, to be designed and executed by knowledgeable and experienced experts in the universities and industry.

Policy failure to increase foodstuff production will lead to high prices and hunger.