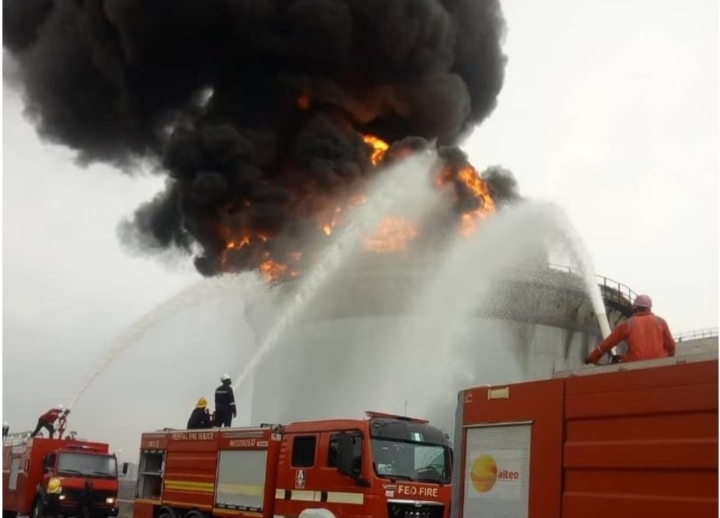 The bank which is located on Murtala Mohammed Road Ilorin, the Kwara State capital caught fire at about 3:15pm yesterday.

Customers and staff of the bank were seen scampering for safety following the fire incident, according to eyewitnesses.

How the fire started

The fire started in a location close to the toilet inside the bank, source within the bank revealed.

The source also revealed that banking services within the bank were suspended till Thursday.

According to DailyPost, the branch manager of the bank could not speak on the development but said: “we have an emergency at hand, I can’t say anything now until we have put the situation under control please.”