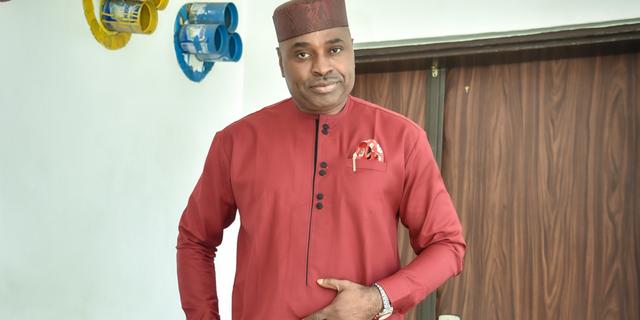 Nollywood actor, Kenneth Okonkwo, has resigned his membership of the All Progressive Congress (APC).

Okonkwo tendered his letter of resignation to the Chairman of Nkpu-nano Ward, Nsukka, Enugu State.

He said he was quitting the APC following the decision to have a Muslim-Muslim ticket for the 2023 presidential election.

The presidential candidate of the party for the 2023 election, Asiwaju Bola Ahmed Tinubu, had on Sunday in Daura, Katsina State announced former Borno State governor, Kashim Shettima as his running mate.

Tinubu and Shettima are both Muslims.

In his resignation letter, Okonkwo reminded the APC that he joined it when he saw it as a vehicle to fight against injustice.

The former governorship aspirant said: “Those ideals are now alien to the APC with their unfortunate decision to paint our Muslim brothers in bad light by insinuating that the Muslims in Nigeria will not accept to vote for a Northern Christian as Vice President to pair with Southern Muslim….

“If Muslims could voluntarily vote for southern presidents, it is then a fallacy to insinuate that they cannot accept a northern Christian vice president.
“This will permanently destroy the political viability of Northern Christians in Nigeria if allowed to stand.

“This is in addition to the failure to protect the lives and properties of Nigerians, which should be their primary responsibility. “The country is also in shatters.”

Making his resignation public with the letter attached, Okonkwo wrote on Instagram on Monday: “I just resigned my membership of the All Progressives Congress in the interest of equity, justice, fairness and peaceful co-existence among Nigerians.

“God bless you and Barka da Sallah to our Muslim brothers.”